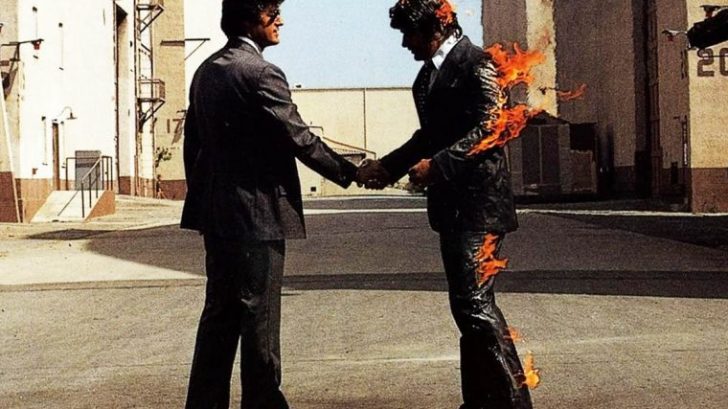 This album can mean so much. We can’t just describe it in words. Well, that’s how it goes with every Pink Floyd’s masterpieces, their meaning is pretty much dramatic in a very dynamic way. You can even interpret it differently each time. When listening to any Floyd song, it brings a different light on your present state of mind.

Like the album “Wish You Were Here,” you can listen to it any time of the day, and it can give you a feeling of guilt, regret, or the feeling of not being yourself.  It gives messages and can make your whole beingness different from what it used to be — like you have lost your soul. But despite everything, it just gives you the best feeling you’ve never had.

We all love Pink Floyd, and this album can make us wish that we could travel back in time. We wish to re-live all those days when everything feels so innocent, like not knowing what the future holds.

Wish You Were Hear can make you dive deeper into your inner self like you are having a joyride of emotions — sometimes it can make you happy, sad, angry, pity, regret, and all the emotional stuff. You just never get tired of it.

The real story behind this album can make you think about the pain they must have gone through while creating such a masterpiece. You can feel them struggling like they wish they could share some of the things they feel.

Personally, this album is the ultimate album. Apart from the loneliness it invokes, it also can make you feel warmth and love by those people who are surrounding you in your life.

The theme of the entire album is “ABSENCES.” And it was explained by Roger Waters that it was the original camaraderie that was now absent in the band when Syd Barrett chose a different path. And there is also the dig against the music industry and the absence of morals in every aspect. The album’s entirety was inspired by the idea that people tend to hide their true feelings, because of fear of “getting burned,” just like what the cover image depicts, two businessmen, shaking hands while the other one is on fire, thus “getting burned.”

“Getting Burned” at the time was a common phrase used in the music industry, used by artists denied of their royalty payments.

If you remember as well, that the BBC made an interesting documentary about the album, which includes interviews with Storm Thorgerson, Aubrey Powell, & the stuntman. If you haven’t seen this one, then it’s worth digging through. Wish You Were Here symbolizes general greed alongside indifferences of record industries (check the song ‘Have A Cigar’).