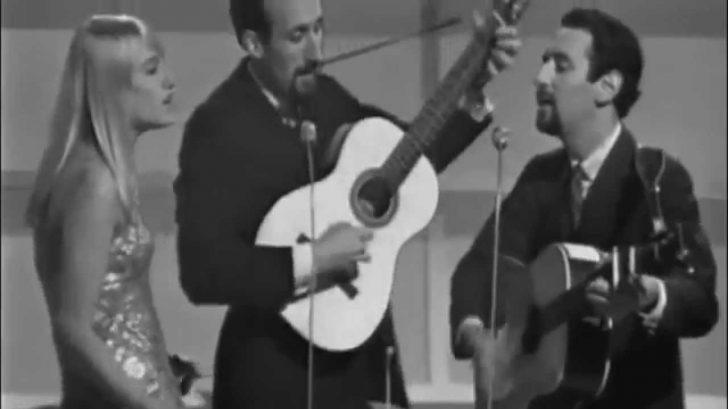 It is an American folk song written by popularized by the group Peter, Paul, and Mary. It didn’t take long for the song to become part of American and British popular culture and later, in other countries with their respective translations.

The lyrics to “Puff, the Magic Dragon” were based on a poem that author, filmmaker, and inventor of the stereoscopic vision system Leonard Lipton wrote in 1959 when he was 19 years old about a small domesticated dragon. . When it was finished, Lipton passed the poem on to Peter Yarrow, a friend, and classmate from the same university, who added more verses and music. Later, in 1961, Yarrow contacted and joined Paul Stookey and Mary Travers with whom they would form the group Peter, Paul, and Mary. Since then numerous versions have been recorded, including The Andrews Sister, Bing Crosby, Joan Manuel Serrat, Trini Lopez, and The Mamas, and the Papas, among others.

The lyrics tell a bittersweet story about an eternal dragon named Puff and his friend Jackie Paper with whom he played when he was a little boy, but as Jackie became an adult, he lost interest in the typical imaginary adventures of childhood, leaving Puff alone and depressed. This song has been the inspiration for many films about the friendship between children and dragons, both imaginary and real.

Given the political era in which the song emerged (Vietnam and the hippie movement) some groups have believed that the lyrics of the song referred to a subliminal invitation to smoke marijuana due to the references shown within the song, as is the case of the name of the boy, Jack “Paper” (Paper as a reference to the roles of paper for marijuana), “Dragon”, (interpreted as Draggin that is to say inhaling smoke) and the name of the dragon “Puff” (as a reference to taking a “puff ” or a pull/aspirate). So much was the rejection and coverage that the media gave to such a position that caused the hippie movement to realize it and make it their anthem. Regarding those comments, the authors of the song have vehemently denied, on several occasions, any intentional reference to drugs. Peter Yarrow insisted that “Puff” is about the difficulties of growing up and not about drugs.

Since then the song has lent itself to multiple versions and meanings, both similar and antagonistic. During the Vietnam War, the AC-47 Spooky Cannon was nicknamed “Magic Dragon” by the Americans due to its armament and firepower, since then the AC-47 has been known as “Puff the Magic Dragon”. This warlike use of the song name can also be seen in the Marvel Studios movie Iron Man 2, where the character Justin Hammer, owner of Hammer Industries, introduces a machine gun dubbed Puff the Magic Dragon to the US military,

Other references to the song can be found in many movies, but unfortunately, they are all linked to marijuana and its use.

Below is a video of the song recorded in 1965