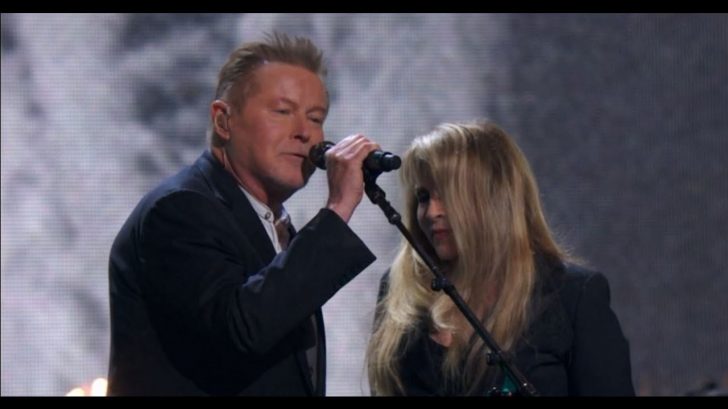 Following her departure from Fleetwood, Henley and Nicks had a brief romance. It was such a whirlwind relationship that Henley considered marrying Nicks for a while. Nicks fell pregnant by the Eagles guy in 1979 but chose to have an abortion at the time.

Nicks has been quite vocal throughout her career about her decision not to get married or have children due to the rigors of her profession. 2001 saw her elaborating to ABC Downtown: “My mission maybe wasn’t to be a mom and a wife; maybe my particular mission was to write songs to make moms and wives feel better”.

Nicks has also revealed that if she and Henley have a child, the name of the child will be Sara. “Had I married Don and had that baby, and had she been a girl, I would have named her Sara,” Nicks told Billboard magazine

Throughout their divorce, Henley and Nicks remained friends. They memorably sang a duet on the song “Leather and Lace,” which appeared on her critically acclaimed debut solo album, Bella Donna, in 1981. It was so popular that it lingered at number six on the Billboard Hot 100 in the United States for nearly a month, indicating that they both still had it. In the years thereafter, the two have even gone on tour together for The Two Voices Tour in 2005.

Nicks revealed her connection with Henley on American television in the 1980s, explaining how it differed from her others: “Well, Don always treated me very special. He always kinda treated me like we were married, in that strange sorta way, he still does, whenever I see him. I think he found in me something that he has not probably found since, and that was somebody that was very…”

She then stated: ”It was 1976, this was right after the beginning of when Fleetwood Mac really made it, and The Eagles had been big for a long time. So, he found a very different kind of girl in me than in most of the women that he was used to hanging out with, and we had a very special relationship because of that.”