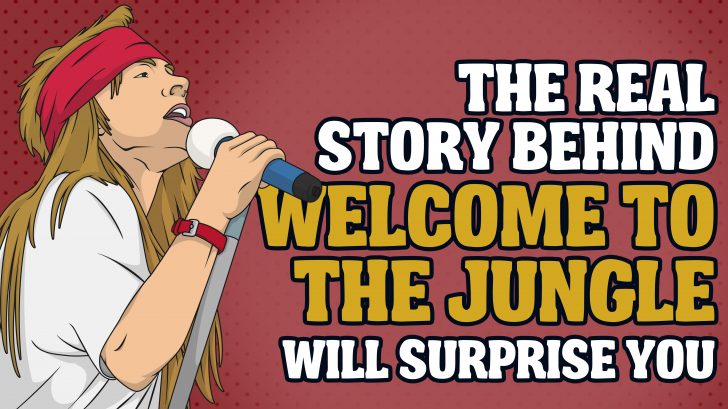 DO YOU STILL REMEMBER THE JUNGLE, BABY?

The biggest Hard Rock band during the 80’s no one ever had the chance to see it coming. Slash was only 22 when they became that big. GN’R debut album ‘Appetite For Destruction’ was released in 1987. Selling more than 30 million copies all over the world.

Guitar ‘Legendary’ Hero Slash talks about on how the band made  ‘Welcome To The Jungle’ – the song in which will never ever be forgotten and the one song that kept the flame of rock n’ roll alive.

The song is a reference for how the Los Angeles WAS back then, it reveals the darker side of the city and many people have encountered it, striving to be successful and become famous. The band knew the city pretty well, they have lived in a place on Sunset Boulevard in Los Angeles calling it a “Hell House”. It was often filled with booze, drugs, and women (or groupies of how they call them).

The lyrics of the song was written by Axl Rose when he was in Seattle, it gave him some perspective of how big of a place Los Angeles is.

Slash (from the notes to Guns N’ Roses: The Hits):

“I was at my house and I had that riff happening and Axl came over and he got those lyrics together, and then the band sort of arranged it. We got an arrangement for the whole band, ’cause that’s how we work. Someone comes in with an idea and someone else has input and in that way everyone’s happy. That came together really quickly too, that was arranged in one day.”

They also explained that the famous line of the song was historical to Axl Rose when he spent a night in Queens schoolyard before joining the band.

“This black guy said, ‘You’re in the jungle! You gonna die.'” -Axl Rose

Some people may think that this was their very first hit in the US and not Sweet Child O’ Mine. Yeah, it kind of sound like that because this song was like the perfect ever.  It’s one of those songs that is “in your face” if you know what I mean. it will just definitely make you into an ‘AWE’ reaction.