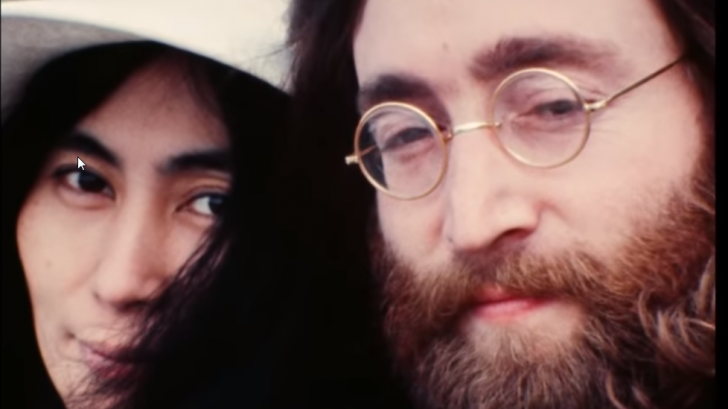 Because of his record covers, John Lennon experienced several sorts of censorship by merchants. The Beatles ‘Yesterday and Today’ were the first. They utilized this artwork to express their displeasure with Capitol Records. They stood with beheaded baby dolls, fake blood, and butcher slabs. Capitol Records swiftly condemned what was occurring and plastered over and replaced the record cover. Their “butcher cover” had been replaced with a “trunk cover.”

A Beatles issue erupted when John Lennon disclosed that his solo album, ‘Some Time in New York City,’ was censored due to its album artwork. Yoko Ono designed the album’s cover, which depicted two global leaders in their underwear.

John Lennon expressed his displeasure with the album’s censorship:

“You see how they banned the picture here. [He points to a gold seal pasted onto a corner of the album.] Yoko made this beautiful poster. Chairman Mao and Richard Nixon dancing naked together, you see? And the stupid retailers stuck a gold sticker over it that you can’t even steam off. At least you could steam off that Beatles cover. So you see the kind of pressure Yoko and I were getting, not only on a personal level, and the public level, and the court case, and the fucking government, and this, that, and the other, but every time we tried to express ourselves, they would ban it, would cover it up, would censor it.”

The album cover for ‘Some Time in New York City’ was created to look like the main page of the New York Times. This cover is littered with unexplained headlines and perhaps offensive images. This includes a bogus photograph of President Richard Nixon nude dancing with Mao Zedong. This photograph sparked quite a stir and had censorship written all over it. Not to add they used one of the album’s song titles, Woman is the Nigger of the World, on the cover. They didn’t stop there, they also inserted a cartoon depiction of a woman with the top of her body bare.