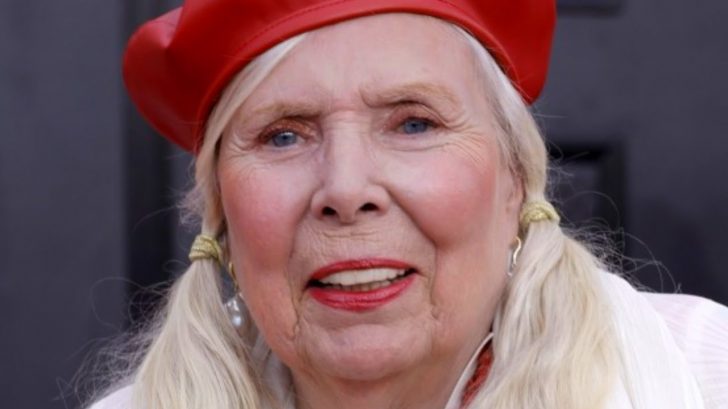 After suffering a near fatal stroke in 2015, Joni Mitchell recently announced her welcome return to the music business, which seemed unimaginable at the time. Although Mitchell had previously tried to retire, the choice to quit the company was ultimately made for her.

Mitchell’s career had reached a dead end in 2002, and she was dissatisfied with her place in the business. The singer felt under pressure from her record label to comply with their demands and felt the company had compromised its values for financial avarice. Since she started her profession, a great deal has changed. It’s interesting to note that Mitchell despised it right away and eventually concluded it wasn’t worth the bother to continue creating music.

Mitchell had felt utterly unconnected to and freed from the present circumstance. The musician had intended to end her career with 2002’s Travelogue, but she couldn’t keep clear and released another record five years later.

In a W Magazine interview, Mitchell vowed Travelogue would be her final book. At the moment, Mitchell was sincere about retiring. She called the music business a “corrupt cesspool” and continued,

“I’m quitting because the business made itself so repugnant to me. Record companies are not looking for talent. They’re looking for a look and a willingness to cooperate.”

At the same time, she disclosed the following to Rolling Stone:

“I hope it all goes down the crapper. It’s top-heavy, it’s wasteful. It’s an insane business. Now, this is all calculated music. It’s calculated for sales, it’s sonically calculated, it’s rudely calculated. I’m ashamed to be a part of the music business. You know, I just think it’s a cesspool.”

“I’ve been screwed from the beginning,” she recalled. “There wasn’t any bidding war for me in the beginning. It was like I was like Rachmaninoff, a late romantic or something – what I was doing was already over, you know. Nobody wanted to really take a chance on me, so the deal that I got was just atrocious. I mean, it was like slave labor, really – no points, no budget.”

Mitchell’s comments are thought-provoking when considered twenty years later considering the state of the music industry. When Mitchell was fairly rewarded for her labor in 2002, when it was still feasible for artists to make a comfortable life just from the sale of recordings, she was fortunate enough to find success. For better or worse, today’s musicians must approach creativity with pragmatism; otherwise, it’s likely that their music won’t be heard or appreciated.