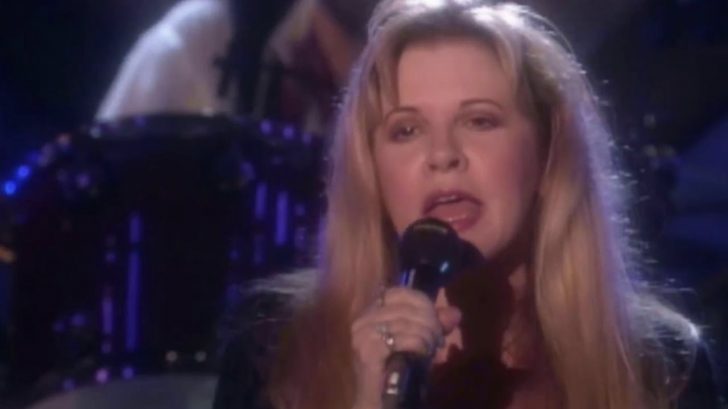 During her recent conversation with the Pocono Record, Stevie Nicks revealed something about Lindsey Buckingham’s 2018 firing days after Fleetwood Mac appeared at the January 2018 MusiCares Person of the Year ceremony. Lindsey hinted he was fired because Nicks thought he was mocking her on stage. Linsey said that Nicks gave the group an ultimatum, him or her walking away.

Nicks, on the other hand, said that it was the “straw that broke the camel’s back.” She explained, “I never planned for that to happen. Any time we reformed to do a tour or a record, I always walked in with hope in my heart. And I just was so disappointed. I felt like all the wind had gone out of my sails.”

She also said that the breakup was a “long time coming,” but always hopeful that “things would get better.” According to her, he never really had a fun time with the Fleetwood Mac. As she said, they gave her a hard time making her sad which led her to be more comfortable with her solo band’s “good, creative happy world.”

“I just felt like a dying flower all the time,” she continued. “I stayed with him from 1968 until that night. It’s a long time. And I really could hear my parents – I could hear my mom saying, ‘Are you really gonna do this for the rest of your life?’ And I could hear my dad saying in his very pragmatic way – because my dad really liked Lindsey – ‘I think it’s time for you and Lindsey to get a divorce.’ It’s a very unfortunate thing. It makes me very, very sad.”

Stevie Nicks’s hard time with the group was always about her ex, but it wasn’t always the one that made her feel like a “dying flower.” She felt that it was her destiny to join the band, but soon after it became obvious that her contributions were almost always dismissed.

Nicks revealed during a conversation with MacLean’s that the most provocative song to ever get recorded was “Silver Springs.” She explained, “The battle of Silver Springs was pretty bad. [Fleetwood Mac] took that off [Fleetwood Mac’s 11th studio album, Rumors] and they didn’t even ask me. They replaced it with I Don’t Want to Know—which was a good song, but it was short. They took Silver Springs off because they thought it was too long on the record and there was no way to cut it down. I was told in the parking lot after it had already been done.”

Though, Nicks has always been with the band all these years because of the fans. “You get to a point in your life where some things have got to go if anything else new is going to come in,” Nicks said. “Then you face the fact that the Fleetwood Mac tickets sold out in three weeks for 80 shows. I don’t want to hurt anybody’s feelings, I don’t want the audiences to be disappointed, I want everybody to be happy. I want the people in Fleetwood Mac to be happy.”