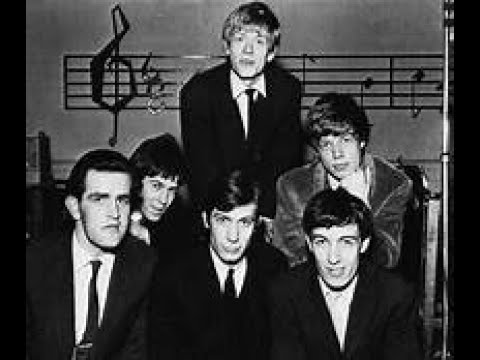 A tough-looking Scotsman with magic fingers, Stu was one of the best pianists of his time and one of the greatest forgotten pianists in rock and roll history. Badly known as the sixth Stone, Stewart was the first to respond to the historic appeal that appeared in the British magazine Jazz News in 1962: on the other side of the ad, Brian Jones called on musicians to form a rhythm & blues band. “You can call me whatever you want, but the reality is that I was not the sixth Stone, I was the second.”

Hardened in boogie-woogie speed and able to sustain the beat to exhaustion, Stewart approved with flying colors the audition that soon after would shape the first line-up of the Rolling Stones. Days later Mick Jagger, Keith Richards, Dick Taylor, and Tony Chapman would arrive.

When the last two were replaced by Bill Wyman and Charlie Watts, the band was complete. Six added in rehearsals and six were those who debuted at the Marquee Club in London on July 12, 1962, but by May of the following year, Stewart had already been fired from the formation that was going on stage. The band’s manager, Andrew Loog Oldham, decided his looks just didn’t fit. Six faces in one photo were too many for fans to remember.

Ian’s prominent jaw and excessively well-ironed shirts finished justifying the argument. Stu was not a man of excess: his image did not give the profile.

Thus excluded by his physical appearance and good behavior, Stewart found himself condemned to the shadow of the backstage while the Rollings subtracted a number with barely disheveled. Fortunately, this hasty removal of the photos and the live show did not stop Ian from continuing to work for the group.

In 1989 the Stones entered the Rock and Roll Hall of Fame but not before demanding that their partner’s name be duly included as a fundamental part of the group. In Richards’ autobiography you can always read: “Ian Stewart, I still work for him. For me, The Rolling Stones is his band ”.

Watch Rolling Stones, talk about the  forgotten founding member of the Stones below: