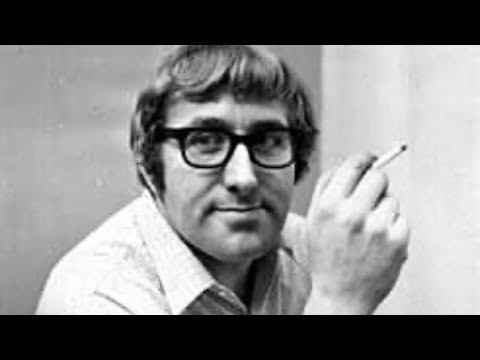 For Beatles fans hoping to get closer to the band, Mal Evans, their tour manager turned personal assistant, may have seemed like one of the luckiest individuals on the planet; but his luck ran out on January 5, 1976, in a weird moment conflict with Los Angeles police that resulted in his death.

Evans initially watched the Beatles perform at the Cavern Club in Liverpool, and after befriending George Harrison, he secured his first band-related job when Harrison suggested that the club owner engage Evans as a bouncer. He was a large but gentle man with a commanding appearance, and he became the group’s full-time bodyguard in 1963.

Evans swiftly rose through the ranks to become the Beatles’ road manager, where he collaborated with Neil Aspinall to ensure that every part of the band’s time on the road was as joyful as possible. From driving the band to shows and hauling equipment to setting up the venue and making sure they had everything they needed, he rapidly became an indispensable member of the inner circle, even though his pay didn’t always reflect his value.

Over time, Evans appeared in Beatles films and contributed to various albums in a variety of ways, from adding strange sound effects, such as making the alarm clock ring in “A Day in the Life,” to assisting in the organization of various celebrity portraits for the Sergeant Pepper’s Lonely Hearts Club Band cover. He was formally elevated again once the Beatles stopped touring and launched Apple Records, becoming the band’s personal assistant with a range of label-related jobs, including finding Badfinger and producing several of their early recordings.

Evans’ work with Apple ended when the band broke up. Manager Allen Klein sacked (and subsequently reinstated) him, and he finally moved to Los Angeles after divorcing from his wife. While there, he became a member of the informal confederation of rock veterans that served as the backdrop to John Lennon’s “lost weekend” period, getting especially close to Harry Nilsson.

During this time, Evans was also writing on his memoir, Living the Beatles Legend, which he planned to give to his publishers on January 12, 1976. Unfortunately, he also suffered from severe depression, which was aggravated by professional losses (he was Keith Moon’s first choice to produce his solo record but was finally sacked) and feelings of loneliness.

Everything reached to a climax on January 5, when Evans allegedly contacted his co-writer, John Hoernie, and, while inebriated and under the influence of Valium, had a chat that made Hoernie so frightened that he went to the flat. Evans exhibited a weapon when Hoernie arrived, whether it was a BB gun or a live rifle, and his girlfriend, Fran Hughes, phoned the police. Evans was shot and died after refusing to surrender his pistol when cops arrived.

“It was so crazy, so crazy,” Paul McCartney said. “Mal was a big loveable bear of a roadie; he would go over the top occasionally, but we all knew him and never had any problems. The LAPD weren’t so fortunate. They were just told that he was upstairs with a shotgun and so they ran up, kicked the door in and shot him. His girlfriend had told them, ‘He’s a bit moody, and he’s got some downers.’ Had I been there I would have been able to say, ‘Mal, don’t be silly.’ In fact, any of his friends could have talked him out of it without any sweat, because he was not a nutter.”

Unfortunately, much of Evans’ belongings, including the Living the Beatles Legend manuscript and a suitcase allegedly containing a huge number of rare recordings and various artifacts, were lost in the subsequent inquiry, generating decades of furious conspiracy theories and conjecture.

According to Nilsson, the reality may have been a mix of painfully mundane and fittingly odd. He recounted sending his wife and a friend to clean Evans’ apartment after getting a phone call from Hughes, and then experiencing firsthand how hectic and untidy the days after the loss of a loved one can be.

“I went down to Forest Lawn and said I was sort of new at this, but what happens next? I said that I thought he should be cremated because it’s cheaper for the family,” said Nilsson. “So they cremated him and as I was walking out, I said, ‘By the way, how do you get these ashes to London?’ They said, ‘Well, we have these cardboard cylinders.’ I said, ‘You’d send a mother the remains of her son in a cardboard box? What else do you have?’ And they said, ‘We have this beautiful diamond-encrusted ruby old … We have this brass thing here with emeralds.’ So I picked out a nice sort of shape that looked expensive and was appropriate, and sent that to London.”

Unfortunately for Evans’ family, they were not instantly grateful for Nilsson’s generosity, as they found days later when they received a panicked phone call from Aspinall notifying them that Evans’ remains had not arrived.

“I said, ‘Well, I sent him.’ And he said, ‘They couldn’t find him, he’s not here, and his mother’s downstairs and his wife Lil is here, and they’re all crying. What am I supposed to tell them?'”

Thankfully, Evans’ ashes were simpler to locate than his other belongings (which were subsequently reported to have been discovered by Yoko Ono in the 1980s and delivered to Evans’ widow).

“We sent out tracers at both ends, and eventually I got a call from the airport that they had found it,” Nilsson recalled. “I asked where and they said, ‘In the dead letter office!'”

Whatever the facts of Evans’ death were, they added to the aura of mystique that enveloped the Beatles after their breakup. The terrible encounter with the authorities provided as fuel for The Death and Life of Mal Evans, a melancholy novel in which a dying Evans is envisioned being granted the option to go back in time and construct a tale,  alternative to that it can “hold” The Beatles and their relationship.