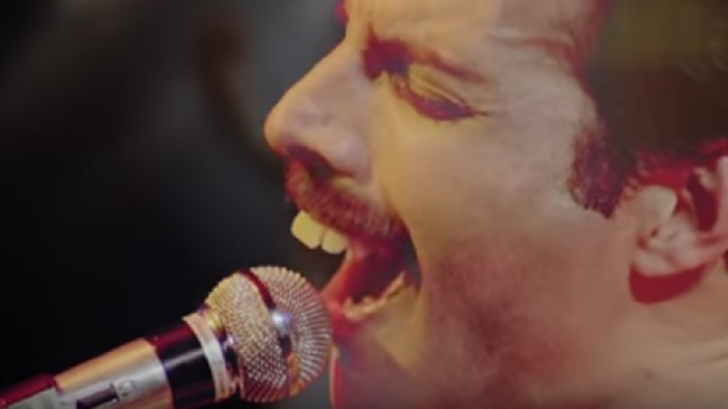 Freddie Mercury – the man everyone still talks about in 2018. And perhaps the only thing that’s more legendary than the man himself is his voice – often imitated, never duplicated as they say. He was truly gifted in the vocal department and that was always in full display during live performances. Their songs were iconic, true, but it was Freddie’s golden pipes and flamboyant on-stage persona which took them to another level.

His range is impressive enough. But what really sets him apart from every other vocalist on the planet is his versatility. He can go from opera to hard rock and nail each note flawlessly.

“His technique was astonishing. No problem of tempo, he sung with an incisive sense of rhythm, his vocal placement was very good and he was able to glide effortlessly from a register to another. He also had a great musicality. His phrasing was subtle, delicate and sweet or energetic and slamming. He was able to find the right colouring or expressive nuance for each word.” – Spanish soprano Montserrat Caballé on Freddie Mercury

He sang like no other. And by no means was he overrated – he deserved every single recognition and credit he got. If Queen released only “Bohemian Rhapsody” and nothing else, they would still be legends and Freddie would still be hailed as one of the greatest singers who ever existed.

His singing voice is so unparalleled even science had to step in. Back in 2016, a group of Austrian, Czech, and Swedish researchers conducted a study on Freddie’s mind-blowing vocal talent. And it basically confirmed what we already knew – that Freddie’s vocals were truly one-of-a-kind.

“Typically, an opera singer’s vibrato has this frequency of about 5.5-6 Hz. Freddie Mercury’s is higher, and it’s also more irregular, and that kind of creates a very typical vocal fingerprint.” – Professor Christian Herbst

Anyone who has seen Freddie Mercury perform live know that the proof is in the pudding. Case in point: Queen at Live Aid 1985.