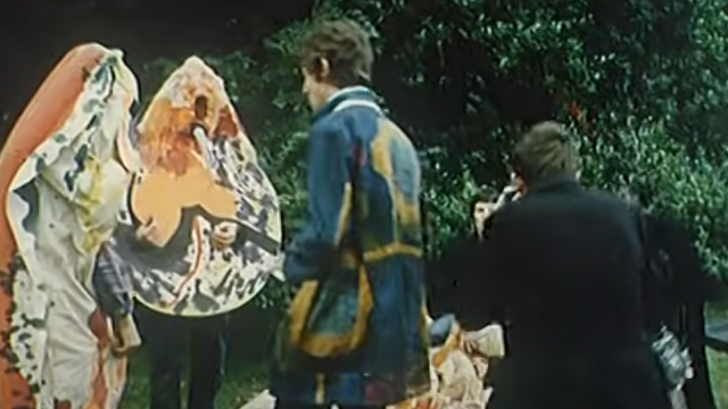 A new London was taking shape by 1966. Winston Churchill had passed away, and for the first time in several years, Britain had virtually high employment. Abortion was also now officially allowed. The atmosphere was positively upbeat. Because there was probably a job for them no matter what, people could envisage their futures as readily as they could switch on the television. Life was good. Britain unexpectedly exploded into color after the post-war years of black and white, and nowhere was life more colorful than in London.

When Time Magazine featured London on its cover in April 1966, the idea of the city “swinging” was born. In a single stroke, the book transformed London into a global representation of cultural change and creativity. It became the hub of the Western world essentially overnight. There was no place more trendy, particularly for American tourists. It wasn’t only the likelihood of spotting several well-known faces. London was the birthplace of The Beatles, Twiggy, and a host of other artists and filmmakers, but it was also a cultural symbol in and of itself.

Time magazine hired a designer from Punch Magazine to design a collage of iconic city landmarks and contemporary pop culture icons for the cover of the April 15th issue. Along with depicting the Houses of Parliament and Buckingham Palace, the illustrator also featured The Rolling Stones, The Beatles, and people wearing miniskirts on the King’s Road. It was obvious that London had changed from a place of somber heritage to a playground for joyous, upbeat young people.

The positivity is evident in the video below. In the 1960s, London was the destination to be if you were young. Carnaby Street had a $5 million annual revenue in the year prior to when it was seized. The combination of previously unheard-of levels of social mobility, an artistic revolution, and shifting attitudes toward sexuality make it clear why a large number of people felt they had cause for joy.

Of course, it wouldn’t endure long. As the 1960s gave way to the economic crisis of the 1970s, it was inevitable that old hippies would experience a strong wave of nostalgia or be disappointed that their dreams had not been realized. Perhaps that is why seeing this video is so enjoyable. It depicts a time when individuals sincerely thought that things will improve over time. Additionally, it serves as a reminder of the connection and uniqueness of commerce and culture.