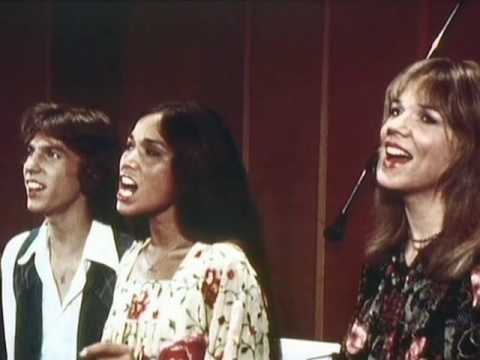 Although the label “one-hit wonder” is often associated negatively, many artists who fit that description have produced songs that have remained popular for many years after their initial release. We look back at the 15 One-Hit Wonders That Conquered The 70s’:

This immensely catchy tune by Wild Cherry peaked at No. 1 on the Billboard Hot 100 in 1976. The Ohio-based funk-rock band’s self-titled album quickly reached platinum sales and received two Grammy nominations, but subsequent albums failed to maintain the momentum.

Stealers Wheel “Stuck in the Middle With You”

From the beginning, the Stealers Wheel band was constantly changing. The Scottish folk-rock group was founded by Joe Egan and Gerry Rafferty, and their self-titled first album was released in November 1972. Rafferty departed soon after “Stuck in the Middle With You” made the Top 10. He came back, but Stealers Wheel’s following songs failed to match the economic success of their breakthrough smash. With 1973’s “Star,” which fizzled out at No. 29 in the U.S., they came the closest. 1975 saw the formal dissolution of Stealers Wheel before the release of their third album, Right or Wrong.

Carl Douglas’ “Kung Fu Fighting,” which topped the charts in both the U.S. and the U.K., was the biggest disco novelty song of all time. more than 11 million copies were sold globally in 1974. Douglas, who was born and reared in England, became the first Jamaican musician to ever reach No. 1 in the country. With the follow-up song “Dance the Kung Fu,” he tried to continue riding the “Kung Fu Fighting” wave, but the reception wasn’t as positive.

Bill Danoff and Taffy Nivert, a songwriting team, wed in 1972, not long after John Denver’s rendition of their song “Take Me Home, Country Roads” became a smash. To complete the Starland Vocal Band, the couple enlisted Jon Carroll and Margot Chapman. In 1976, they achieved a No. 1 with their first hit, “Afternoon Delight.” The Starland Vocal Band unexpectedly took home two Grammy Awards, including Best New Artist, where they bested Boston and other artists. They also temporarily had their own TV variety program. However, interest dwindled when they were unable to come up with another number-one single. Carroll and Chapman separated, and Starland Vocal Band disbanded in 1981. Soon after, Danoff and Nivert would do the same.

Trevor Horn, a vocalist and bassist, and keyboardist Geoff Downes made up The Buggles. Even though the English New Wave duet was only active from 1977 to 1982, a mere five years, they managed to become one of history’s biggest one-hit wonders. In 1979, a strange, catchy song called “Video Killed the Radio Star” debuted at No. 1 in five nations, including the U.K. The song only peaked at No. 40 in America, but it received considerably more notice when, in August 1981, it debuted as the first music video to show on MTV.

Norman Greenbaum “Spirit in the Sky”

As the conductor and performer for the novelty ensemble Dr. West’s Medicine Show and Junk Band, Norman Greenbaum started his musical career there. He made a solo foray into folk music in the late 1960s. Reprise Records officials were drawn to “Spirit in the Sky,” so they sent Greenbaum to producer Erik Jacobsen, who transformed the song into a pounding, psychedelic rocker. “Spirit in the Sky,” which was released in December 1969, was a huge success, reaching No. 3 on the Billboard Hot 100 in April 1970 and selling more than 2 million copies. Greenbaum never again reached the top of the charts, but his No. 46 1970 song “Canned Ham” came the closest. He subsequently said that his love of westerns was the inspiration for “Spirit in the Sky.”

Terry Jacks “Season in the Sun”

The Chessmen, Terry Jacks’ first band, gained popularity while he was just a teenager and had a few modest songs in Canada before switching to the Poppy Family. With songs like “Which Way You Goin’ Billy?,” the psychedelic pop trio achieved popularity on a global scale. It reached its highest position on the Billboard Hot 100 at No. 2 in 1969. However, the Poppy Family had disintegrated by 1972. Jacks started concentrating on his solo work after releasing music from his various groups on occasion. When the Beach Boys decided not to release “Seasons in the Sun,” Jacks recorded a rendition of the song on his own. It eventually sold more than 14 million copies and peaked at No. 1 in the US and other nations. Between 1974 and 1987, the Canadian singer-songwriter put out a total of four studio albums, but “Seasons in the Sun” continues to be his lone single.

Elliot Lurie, a guitarist and singer, and Larry Gonsky, a pianist, co-founded Looking Glass in 1969 at Rutgers University. Later additions of bassist Pieter Sweval and drummer Jeff Grob completed the iconic ensemble. “Brandy (You’re a Fine Girl),” a breezy soft-rock track that told the tale of a bartender whose “eyes could steal a sailor from the sea,” was featured on Looking Glass’ self-titled 1972 debut album; the song hit No. 1 on the Billboard Hot 100 in August 1972, but Looking Glass was never again able to achieve such lofty heights. The single “Jimmy Loves Mary-Anne” from 1973, which stalled at No. 33, represented their closest approach. Before finally breaking up in 1985, the band had lineup changes in 1974 as well as name changes.

King Harvest “Dancing in the Moonlight”

The original lineup of King Harvest was Dave “Doc” Robinson on vocals and bass, Ron Altbach on keyboards, Ed Tuleja on guitar, and Rod Novak on saxophone. The band was founded in Ithaca, New York, in 1969. Two years later, it split up, although it subsequently reformed in Paris. In 1972, “Dancing in the Moonlight” came next, although it took some time for it to gain popularity. In reality, as the song dragged on the charts, King Harvest briefly split up once again. Slowly gaining popularity in America, “Dancing in the Midnight” became a smash in 1973, peaking at No. 13 on the Billboard Hot 100. Around this period, the band went on a lot of tours, but their succeeding music never made the most of their rising fame. In 1976, King Harvest split apart.

Ace, a band that was founded in Sheffield, England, gained a following after performing at local bars. Paul Carrack, the band’s leader, wrote the song “How Long,” which appeared on their debut album, Five-a-Side, which was published in 1974. The song was an unanticipated smash and peaked at No. 3 on the Billboard Hot 100 in 1975. Before breaking up in July 1977, Ace put out two more albums, Time for Another in 1975 and No Strings in 1977.

Mungo Jerry “In the Summertime”

Mungo Jerry was created by guitarist, vocalist, and composer Ray Dorset, and they first gained attention in 1970 at the Hollywood Music Festival when they stole the show. Later that year, their self-titled debut album was published, but strangely, it omitted the stand-alone song “In the Summertime,” which was a hit with listeners all over the world, peaking at No. 3 in the U.S. and No. 1 in more than 15 other nations.

David Paton, a vocalist and bassist, and Billy Lyall, a pianist, established Pilot in 1973. Soon after, guitarist Ian Bairnson and drummer Stuart Tosh joined to form the band’s enduring configuration. The Scottish rock band’s 1974 debut From the Album of the Same Name featured the hit single “Magic,” which reached at No. 5 on the Billboard Hot 100. Pilot never again reached such heights in America; in fact, none of their earlier hits even came close to cracking the Top 40.

“Black Betty” was an unstoppable rock success because to its pounding tempo, contagious guitar, and frantic intensity. The song was actually recorded before the founding of Ram Jam since vocalist/guitarist Bill Bartlett had reimagined an African American folk song for it. “Black Betty” has a long career with licenses for movies and television series before peaking at No. 18 in the United States. Unfortunately, Ram Jam’s subsequent work never achieved the same level of popularity as this 1977 song.

Mountain had a successful but brief career. Leslie West’s guitar skills and singing talent led to the formation of the group in 1969. Felix Pappalardi on bass, Steve Knight on keyboards, and Corky Laing on drums completed the line-up, whose original run spanned three studio albums between 1970 and 1972. The group’s biggest success and lone Top 40 single, “Mississippi Queen,” peaked at No. 21. Unlike previous one-hit wonders, Mountain had a significant impact and is recognized for having contributed to the emergence of heavy metal in the 1970s. The band came together several times throughout the years, finally issuing eight studio albums.

Being a one-hit wonder is not always a sign of a short career. Nazareth, after all, has an illustrious past that encompasses more than twenty studio albums. Even though the Scottish hard rock band has a long history and a passionate fan base, they only have one song to their name: “Love Hurts,” which helped their album Hair of the Dog reach platinum sales in 1974 by reaching the Billboard Hot 100’s eighth-highest peak.