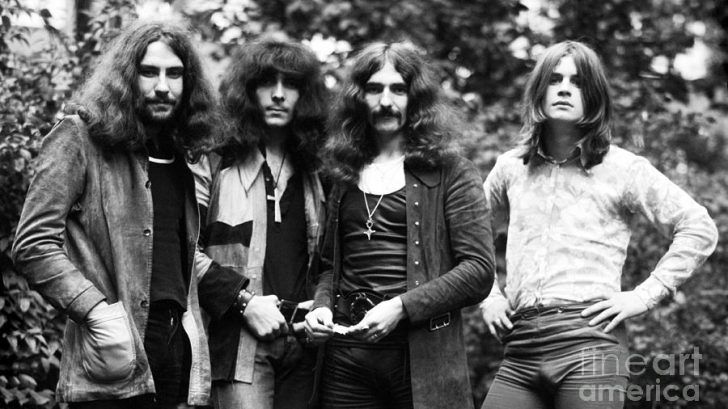 The opening riff of “Paranoid” by Black Sabbath is the sound that has defined the Birmingham band’s career. The first thing that comes to mind when you think of the heavy metal pioneers is the song and Tony Iommi’s sublime introduction to the track.

Is the creation actually original?

Strangely, “Paranoid” nearly didn’t exist, but when Black Sabbath found it, they realized they had struck gold. Everyone recognized right away that the album’s title should be Paranoid even though it was a last-minute addition to their second album. Later, Ozzy Osbourne used the word “gift” to describe the achievement, precisely expressing how he felt about the metal song.

In a 2019 radio interview, Osbourne discussed the song:

“I think it has to be ‘Paranoid’ from Black Sabbath. I still play that song live on stage, I end the show with it… I just call it my anthem. I remember when Roger Bain, the producer [of Paranoid], said, ‘Just jam something out, we need it to finish the album.’ We just jammed, and ‘Paranoid’ came out, and it was a hit single”.

“People would say, ‘That ‘Paranoid’ is great, it’s gonna be huge.’ When you’re in the bubble looking out, it’s a completely different view than from outside the bubble looking in. I mean, I’d become in my own way a Beatle, you know? Every now and then you get a song from nowhere, it’s a gift – that was one of them songs that came out of nowhere, the biggest hit earlier on.”

While Osbourne insists it was a “gift,” some have claimed the initial riff is lifted from The Half-“Get Life’s Down.” The latter was recorded in 1969 but was kept private for a while before being made available to the public. It is therefore difficult to see how Iommi could have acquired the song and stolen the opening riff from it.

Without a doubt, everyone can hear the parallels in the openings of each song. In all honesty, it’s doubtful that Iommi has even heard of “Get Down,” much less copied the opening riff. Iommi has earned the right to have this drawn up as a coincidence because he doesn’t have a history of stealing other people’s ideas.

In the end, there are only so many riffs that can be written, and both bands somehow discovered the same concept while pursuing fame. Furthermore, it appears that The Half-Life does not think that there was any wrongdoing, which explains why no lawsuit has ever been filed.