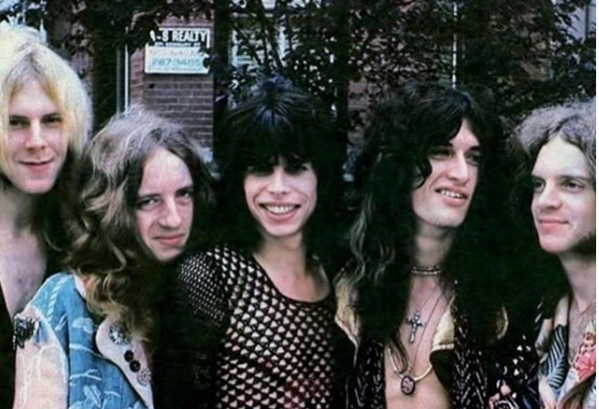 If we take the Encyclopedia of Rock and Roll from Rolling Stone magazine, the first sentence that accompanies Aerosmith is devastating: “Led by Steven Tyler, a copy of Mick Jagger and known for his aggressive style based on the blues” the band was ” the most important of American hard-rock of the mid-70s, despite the critics who considered them a bad copy of the Rolling Stones ”.

The first time Dream On was played in public was in November 1971, at the Shaboo Inn in Willimantic, Connecticut. The band received $175 and a bottle of gin.

The song was reissued in November 1975 and triumphs. It is not for less, given the quality of the subject.

It accesses the Billboard in position 81, but in 1976 it manages to be number 6 on that list.

Dream on talks about what has happened to all of us at some time: dreams that come true. It happens. You just have to make an effort to achieve it.

Steven Tyler, who has stories to give and take – sober and in his drugged stages – always alludes to his father’s influence on his music. In fact, he talks about him – a classically trained musician – and how he listened to him play the piano as a child. It is then that Dream On begins to take shape, as noted in the book Does The Noise In My Head Bother You?

In fact, Tyler would be the one who would bring to life the piano music that adorns the composition.

Already close to half a century, it is a true treasure of the natives of Boston; taking into account that it is usual for them to give a significant percentage to power ballads, having signed many of them memorable. However, Dream On is the band’s best legacy; for quality, context, and what it comes to represent: the appetite of a band that wanted to conquer the world. And that incidentally made us “sing for the years, for the laughter and for the tears”.