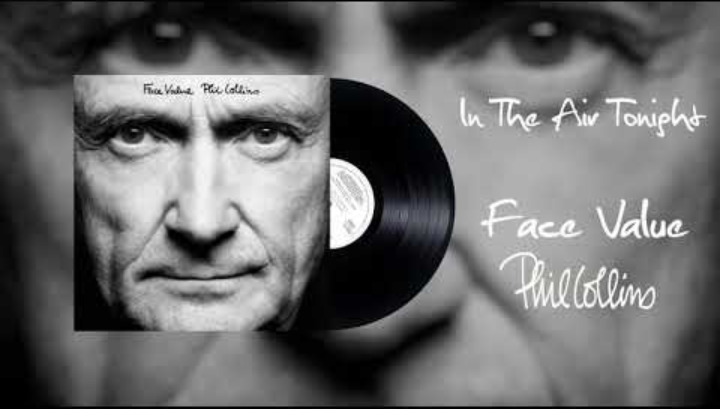 The first track on Face Value, Phil Collins’ debut album, is perhaps his best known song. The uncertainty given by the rhythm of this song suddenly changes at 3 minutes 16 seconds, when the sound of the drums lashes out with a shocking sound.

One of Phil Collins’ hits is “In the Air Tonight.” Released in January 1981 and the video clip, directed by Stuart Orme, was later aired on MTV.

Despite the success of the song, the origins of this song are not entirely clear and different theories have emerged as a result of its creation, as it is said to be based on a strange experience of its author.

Collins wrote “In the Air Tonight” at the age of 28, with a dark atmosphere that over the years has been misinterpreted, giving way to a myth in the world of music.

The myth, whose origin is unknown, places the story on a beach, when Collins was on vacation. The man in “You Can’t Hurry Love” allegedly witnessed an accident, in which a person refused to help someone who was drowning.

The singer was too far away to help, but was marked by the situation, which he expressed in the verses “Well if you told me you were drowning, I would not lend a hand.”

Over the years, the legend caused the song – and the album – to be associated with an appeal to those who could help and did not, looking into his eyes through the album cover.

Although he has had to come out to deny this story on several occasions, in 2016 late-night show host Jimmy Fallon was the last to ask him the story behind the song: “Fortunately, everything said is not true,” Collins said with a laugh.

The Wayback Machine site says that when the ex-Genesis listens again to “In the Air Tonight” these days, it evokes the regained confidence to begin his solo musical adventure: “I don’t think it dates at all. I used to be very insecure about my vocal performances, so I used to cover it up with all sorts of effects,” admits Collins, “but everything is in its right place to me. Not every song on that record would I feel that way about, but certainly ‘In the Air.’ It had very little on it, but it sounded huge and everybody who came into the studio to hear it was blown away by it. I didn’t quite get it because I had lived with the song for so long, but when I hear it today, I do.”

The song reached the second place in the British musical ranking, behind the posthumous theme “Woman” by John Lennon. It has sold more than 3 million copies in the United States and reached the top 10 in at least 13 countries.