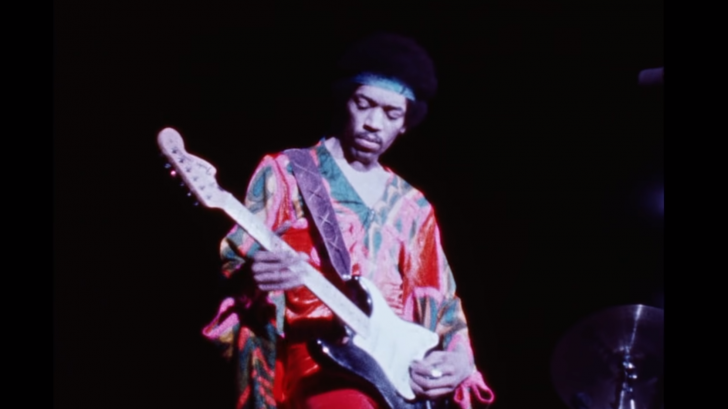 Rock artists have long been recognized for both their equally wild stage performances and their sometimes raucous love lives. In addition to being well-known for his music, Jimi Hendrix, a guitarist and vocalist from Seattle, had several personal relationships with women throughout his life, ranging from girlfriends to one-night stands in bunk beds.

He started dating Betty Jean Morgan when he was a teenager.

When Hendrix was a senior in high school, he started his first romance. He became more and more enamored with playing the guitar as his relationship with Betty Jean Morgan grew. He wrote Betty Jean’s name on his first electric guitar as a sign of his love for her.

Morgan even had an impact on Hendrix’s clothing choices. When Jimi Hendrix’s connection with Morgan developed, his brother Leon described how his brother’s technique altered in Wild Thing: The Short, Spellbinding Life of Jimi Hendrix, Philip Norman’s book due out in 2020.

“It started when he found a pigeon feather and stuck it on his guitar,” Leon remembered. “Then he painted it red, wrote ‘Betty Jean’ on the front and hung it with the little tassels you used to get on Seagram’s Seven whisky bottles.”

“Or he’d come onstage wearing a blouse,” Leon added. “People used to ask me: ‘Where does Jimmy get his clothes from?’ and I’d say, ‘His girlfriend.’ That was out with the other guys in the band, who were only about conformity. He was a hippy before anyone knew what a hippy was.”

Lithofayne “Faye” Pridgeon was Hendrix’s first “Foxy Lady,” with whom he started dating in 1963 while playing guitar for Little Richard and Ray Charles. The seductive song “Foxy Lady” from The Jimi Hendrix Experience’s 1967 debut album Are You Experienced was probably inspired by their relationship.

Some of Hendrix’s songs were influenced by Kathy Etchingham

When Hendrix initially arrived in London in 1966, he immediately began dating local DJ Kathy Etchingham. They spent an overall two and a half years dating.

Since their connection served as the source of Hendrix’s musical inspiration, Etchingham was regarded as his main muse. For instance, the two’s disagreement inspired “The Wind Cries Mary,” and Etchingham is also said to have inspired “1983… (A Merman I Should Turn To Be)” and “Gypsy Eyes.”

Hendrix began dating German figure skater Monika Dannemann in 1969 when The Jimi Hendrix Experience broke up and Hendrix began playing with other bands. He met Dannemann there in January 1969 after performing a performance there. When the two got married, Hendrix accepted his one and only engagement.

During his relationship with Dannemann, Hendrix’s addiction worsened. Hendrix passed away at the age of 27 in September 1970.

During his relationship with Dannemann, Hendrix’s addiction worsened. Hendrix passed away at the age of 27 in September 1970.