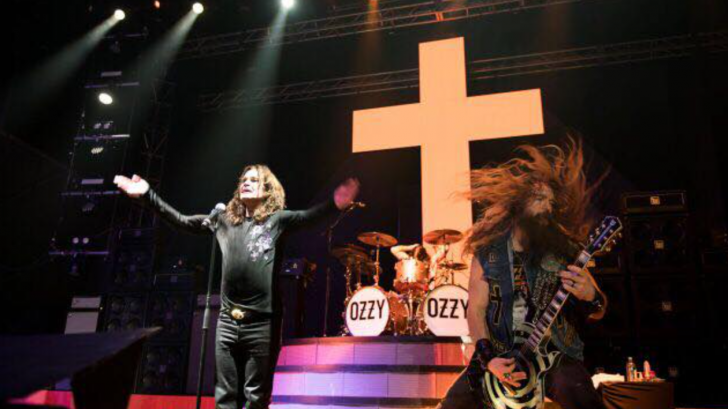 Ozzy Osbourne’s grammy-winning song came out of a joke.

Accidents and pranks have led to some amazing achievements in and out of music, and according to Zakk Wylde, Ozzy Osbourne’s win at a Grammy for the hit No More Tears “I Don’t Want to Change the World” is one of those.

The song, which appears after the song “Mr. Tinkertrain ”on the 1991 multi-platinum album, is the result of some nonsense during writing sessions while Ozzy was out of the room, which Wylde recalled in a recent interview for the latest issue of Guitar World.

“We were at Joe’s Garage, Frank Zappa’s old place, and we were jamming,” the guitarist began. “I remember I was playing the main riff, and then I’d get through it and just stop. And then we’d say something into the mic, like, ‘How not to ever get a date,’ or ‘I have no job and I live with my parents.’ And then we’d go back into the riff.”

“It was just us on the floor, crying-laughing and coming up with all this stuff that we kept saying in between that riff,” Wylde continued. “Then Ozzy comes walking into the room and he goes, ‘What is that?’ I’m like, ‘What are you talkin’ about?’ And he says, ‘That thing you’re playing. That riff.’ I go, ‘Oh, it’s just a joke…’ And he goes, ‘We’re going to use that.'”

Wylde, to his surprise,

“Next thing you know, it won a Grammy!”

The situation vaguely echoes the circumstances that led to the hit Guns N ‘Roses song “Sweet Child O’ Mine,” in which Slash was playing what he called a circus riff that was more of a warm-up exercise. that something he felt could be used for the band.

The 1993 victory at the 36th annual Grammy Awards was the first of what later equaled three overall awards in Ozzy’s career, as well as a Lifetime Achievement Award, which is given to Black Sabbath in 2019.