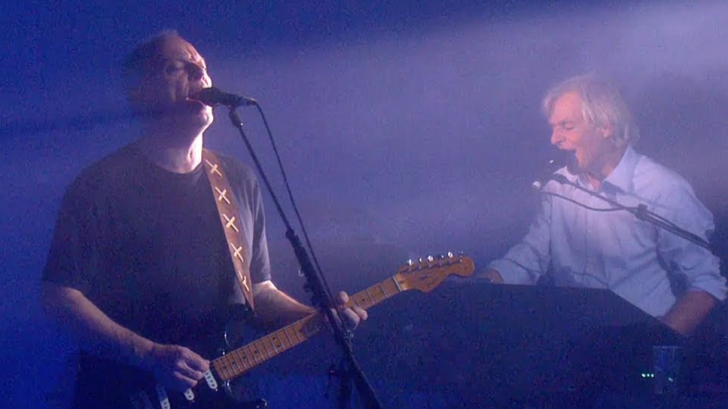 It has inspired greats like Jacques Cousteau on their amazing underwater voyages, and its sound and music have been replicated on soundtracks to film classics like “Phantom Of The Opera.” “Echoes” is the great 23-minute epic by Pink Floyd and one of the most complex compositions, where we find not only inspired moments built on the basis of sonic experimentation of all kinds, but also a philosophical concept to finish molding it as a true masterpiece of progressive and experimental rock from the essential progressive rock band.

Waters, in an interview with Rolling Stone, told about the song that was originally going to be called “The Return of the Son of Nothing” (under that name they presented it as a musical piece at parties prior to the album) and what it was about. what he was trying to describe in the song: was the potential that human beings have to recognize each other’s humanity and respond to it, with empathy rather than antipathy.

In 1971 Pink Floyd had already “gotten rid” of the mad genius Syd Barrett, who was the founder of Pink Floyd, providing music, creativeness, and lyrics, so in this period, and already adding David Gilmour replacing Barrett, the band wanted to create new things to put on their new album “Meddle”, to show that they could also do very own and creative things, and take them to a degree of magnificence. The band got the idea for this when Rick Wright played a single, simple note on his keyboard, and Roger Waters contrived to record it into a microphone connected to a Leslie speaker, which created that gigantic “ping” echo effect that gives us like a warning sign that something big is coming.

“Echoes” has left traces through history. The main theme of the film “Phantom of The Opera” has become a classic of horror musicalization in the cinema, however, with more and fewer details, it is a practically copied version of “Echoes.”

For his part, Wright revealed to Mojo that the horn section after the song’s intro was Roger Waters sliding on his bass. Also, that sound of gulls by David Gilmour was an “unforced error”.Fortuitous and legendary things that emerged for the song that has also served as the soundtrack of the underwater expeditions to the Caribbean of the explorer and researcher of the sea and its species Jacques-Yves Cousteau.

On August 24, 79 A.D. C., the Vesuvius volcano erupted and destroyed the city of Pompeii. Approximately 1,900 years later, Pink Floyd played parts I and II of “Echoes” (beginning and end of the film) in the old amphitheater of the city, and that record remains one of the most treasured and iconic of the band – watch them below: