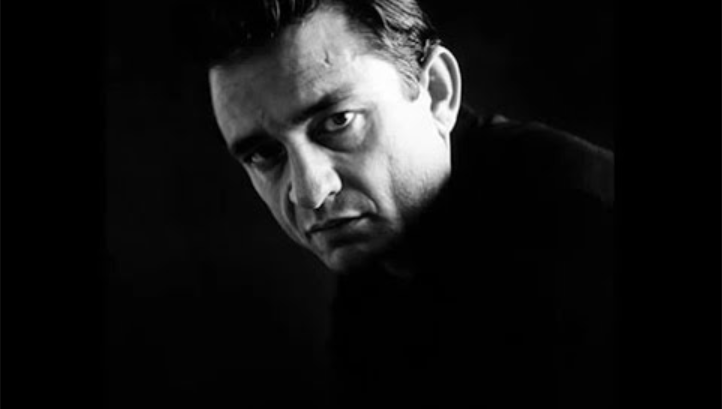 Rock is undoubtedly the most popular music of the 20th century and has continued to be for many years. Born back in the middle of that century, and with just over 6 decades, rock legends are already part of the richest history of popular music in recent times, generating an unprecedented move that has lived for a while and some of these rock heroes were also rebellious. We present you The Story Of 6 Rock n’ Roll Rebels that marked the existence of this music that we like so much.

In 1957 Jonny Cash publishes his first album, “Johnny Cash with his hot and blue guitar”. It was the label’s first album and the last with Cash, who signed with Columbia a year later. Johnny Cash became the singer of the disinherited and the voiceless, making compositions dedicated to convicts, cowboys, or indigenous ethnicities. In the mid-1960s, he published the song “Folsom Prison Blues,” the story of a convict in an American prison. By then he was already called “The man in black”, because of the dark clothing in which he used to present himself. In 1968 Cash recorded what would turn out to be his most popular album, ‘Johnny Cash at Folsom prison’, recorded during a concert in the same Folsom prison.

The Clash was a punk-rock band. Formed in Ladbroke Grove, London, in a period where British punk was emerging. Originally made up of Joe Strummer, Mick Jones, Paul Simonon, Keith Levene, and Terry Chimes, better known as Tory Crimes. All but Keith and Joe were part of the London SS group, while Joe Strummer had participated in The 101’ers group. They joined thanks to their manager, Bernie Rhodes. When they were working on the release of the first album Levene left the group. The group’s first appearance was in 1976 when they opened for the Sex Pistols in a recital in Sheffield, showing a pure punk style with almost no musical diversity. After the recital, NME magazine spoke about their excellent participation. From that moment, the band began to be named as one of the rebellious punk rock bands at the time. The group quickly signed a juicy contract with the prestigious record label CBS Records. This was frowned upon by many fans of punk.

Steve Earle is a singer-songwriter, actor, political activist, and the author of the Los Angeles Times book of the year, the Doghouse Roses short story collection. He has released more than a dozen critically acclaimed albums, including Grammy winners The Revolution Starts Now, Washington Square Serenade, and Townes. He has appeared in films and on television, with celebrated roles in the cult series The Wire and Treme. Earle went on to be nominated for a 1987 Grammy for his portrayal of Guitar Town, the song that gives the album its title, a candidate for the best country song.

He was born in Ferriday, Louisiana, and was raised by a very low-income family. From his youth he began to show his musical gifts; He played the piano accompanied by his cousins, and he possessed an innate talent that surprised his parents. For that reason, they decided to mortgage the farm so they could buy him an instrument of his own and deepen his learning. In the beginning, Jerry Lee Lewis played different very popular genres of the time, such as gospel, country, rhythm and blues, and boogie-woogie, in search of his own style and essence. The owner of the record company, Sun Records, realized Jerry’s own talent. For this reason, the same year that he recorded his first songs with the label, he decided to release his first album, which achieved a higher number of sales in the south of the country. This action earned him an article in Billboard magazine.

On April 5, 1994, a whole generation, the so-called “Generation X”, was suddenly left without the voice that represented it: Kurt Cobain, the tormented leader of the gang Nirvana, had decided to end his life in Seattle, the city that launched him to fame, and made him one of the most influential musicians of the 20th century. Born on February 20, 1967, in Aberdeen, in the same Washington state in which he died, Cobain became a legend and martyr for that generation disenchanted with the world he had lived in, and became part of the famous “Club of the 27 ”. Cobain, like other music legends like Jimi Hendrix, Janis Joplin or Jim Morrison, had passed away at the age of 27.

O’Connor has led a haunted life since childhood. His father – a lawyer – and his mother divorced when he was eight years old, something especially traumatic in the very Catholic Ireland at the time. In addition, divorce became a soap opera. The father presided over an association of divorced and got to discuss on the radio with the mother on his schism. Sinéad, who is named after the wife of the legendary president De Valera, was left in charge of her mother, who subjected her to physical abuse. When she returned to her father, she was caught robbing a store and was interned for 18 months in a stale institution for misguided women, where according to her she suffered all kinds of abuse. A tragic and repeated history in the history of music. A singer, full of talent and expressiveness, owner of a distinguished personality, who is plummeting dragged by a turbulent mind. Sinéad O’Connor, 48 at the time, the mother of four, was found and rescued by police in April 2016 at a Dublin hotel after announcing on her Facebook account that she had ingested an overdose. In her text, she denounced that her family ignored her and said that she had been crying for weeks after undergoing a hysterectomy.