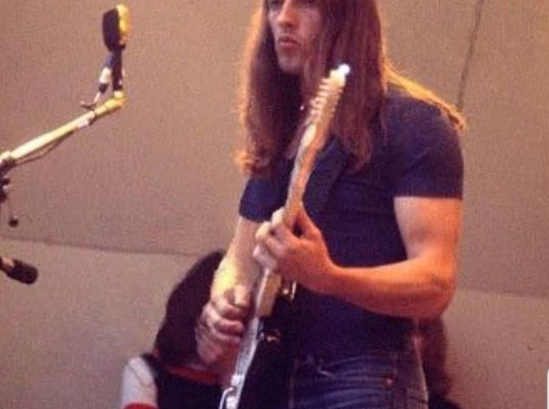 Without the sound guys for every live show, there won’t be epic shows. They are incredibly very important but are often easily overlooked. But this story will make you appreciate sound guys. In a recent interview with Prog Magazine, Pink Floyd guitarist David Gilmour revealed he helped to mix Jimi Hendrix’s set at the Isle of Wight festival in 1970. Wouldn’t be awesome to think that two legends had managed to share the same musical moment though didn’t manage to meet face to face.

During an interview, Gilmour shared that he went to the festival as an audience. He was in a tent along with 600,000 others, and this is seemingly hard to visualize. David Gilmour then found one of his roadies, Peter Watts lurking out backstage where the whole crew was having a hard time with the task of mixing Hendrix’s live sound.

“I went backstage where our main roadie guy, Peter Watts, was trying to deal with all the mayhem, with Charlie Watkins of [amplifier company] WEM. … They were very nervous, they were going to have to mix Hendrix’s sound. I did some mixing stuff in those days and they said, ‘Help! Help!’ So I did.”

Gilmour then rushed in and persisted to help mix Jimi Hendrix’s sound, which included classics like Purple Haze and Dolly Dagger as the sound mixing crew were having technical difficulties with radio signals transmitting through Hendrix’s fuzz-loaded amp, but with the help of Gilmour, they managed to fix the sound and the show went down in history as one of the best ever performances of the legendary axe slinger.

“I helped mix the sound for Hendrix at the Isle of Wight in 1970, Not a lot of people know that,” said Gilmour.