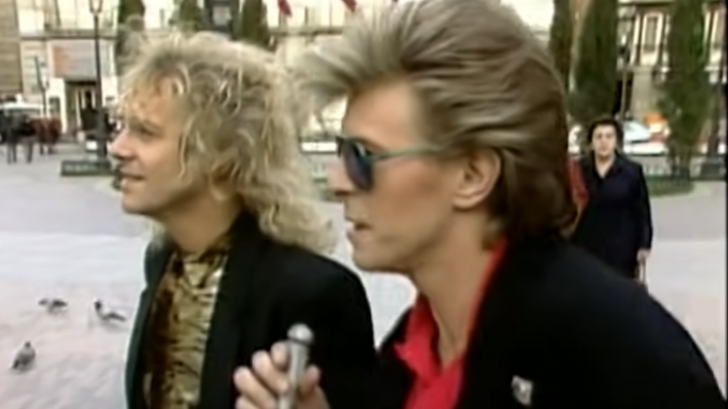 There are many stories that we still do not know related to our favorite musicians. Episodes that have never been revealed that, when they come to light, surprise us by how unexpected and unusual they seem to us.

One of the last that we have known has to do with a plane crash in which Peter Frampton and David Bowie were traveling. In an excerpt from his memoirs, scheduled to go on sale later this year, the first of the musicians describes his friend as a “charming man” who practically saved his life.

After meeting at school in Bromley, southeast London, the two musicians were close friends and collaborated on several occasions. In 1987, Bowie chose Frampton as guitarist for the Glass Spider world tour, at which point he works to return to solo music.

According to The Sunday Mirror, the two were waiting for takeoff in the cabin of a private plane, when Bowie noticed dense smoke rising towards the cabin. Frampton recalls in that excerpt from his book how his friend yelled “smoke, smoke!” Before literally lifting him out of his seat and carrying him down the emergency ramp. “I’ll never forget it,” he says.

Frampton had joined Bowie for that tour some 11 years after his album Frampton Comes Alive! sold eight million records. At the time, his career was on the wane when Bowie introduced him on stage again, again bringing him the popularity he needed.