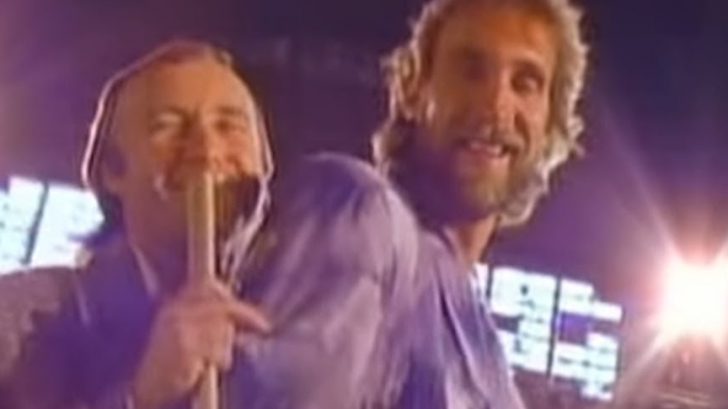 When you found out that Genesis, an omnipresent band in the 80s with an imposing uncle cart look courtesy of Phil Collins, had a past where the singer was Peter Gabriel with 20-minute songs, you didn’t understand anything. This group, among the pioneers of progressive rock, was short-circuiting that bland pop factory that reigned until the 1990s.

Almost half a century after originating in the Charterhouse school, a traditional British private school, the classical line-up relives its origins with such frankness that moments of slight tension between the musicians can be felt. Peter Gabriel is a fat bald and smiling man. Phil Collins displays the histrionics of a vaudeville comedian that reminds you why he ended up saturating. Taciturn Steve Hackett keeps the look of a ’70s college student, and Mike Rutherford also seems closer to academia than to rockstar. Tony Banks is the curmudgeon with great musical talent inversely proportional to his charisma.

One of the loops in Genesis is the departure of key members. It happened with guitarist Anthony Phillips, founder and the most talented musician of that period, a victim of stage fright. There were other departures overlooked by the script, such as the three drummers before Phil Collins, whose entry not only shaped the group definitively thanks to his extraordinary talent.

Contrary to what used to happen with rock groups that started out strong in the late 60s, reaching their peak in the 70s and declining as they entered the 80s, with Genesis the thing did not follow that course, but, at just as wine becomes better over time, with Genesis its highest point was achieved in the 80s thanks, without a doubt, to the creativity shown in their work and the brilliance when it comes to knowing how to follow trends and make timely improvements so as not to be forgotten.

This is how excellent albums such as Abacab, Genesis, and Invisible Touch came to light in the 80s. From this last album great mention deserve the songs “Throwing it all away”, “Tonight, Tonight, Tonight”, “In Too Deep”, “Invisble Touch” and “Land of Confusion” entering the top 5 in the US with style. Of the aforementioned, Land of Confusion was a musical bombshell being awarded the Grammy for best video and show of the year, highlighting, above all, the caricature of the former Prime Minister of the United Kingdom Margaret Thatcher and the 40th president of the USA, Ronald Reagan.

This glorious stage ends with a lot of styles thanks to the publication of We Can’t Dance in 1991, including various musical styles, with an unbeatable production, and Collins being the main protagonist of this work. This album managed to set the anchor by positioning itself as number one in England and achieving great world achievements with songs such as “No Son of Mine”, “I Can’t Dance”, “Hold On My Heart” and “Jesus He Knows Me”. Without a doubt, it was the best way to close this chapter, as it was also one of the best-selling works to date.