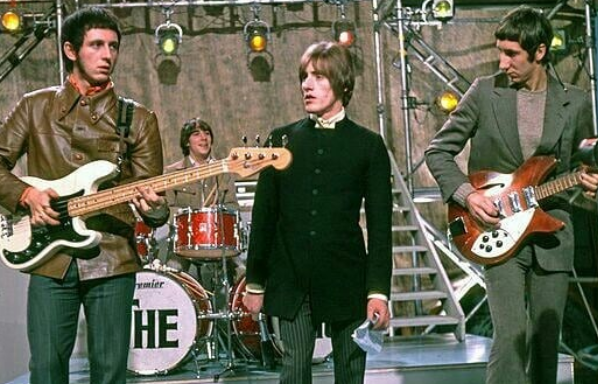 The song “Who Are You?” is based on the life of Pete Townshend (The Who’s lead guitarist). It all began when he had to deal with royalties for his several songs. The line on this song  “Eleven hours in the Tin Pan, God, there’s got to be another way,” specifically the “Tin Pan” was a reference to “Tin Pan Alley” — a name given to the collection of New York City-centered music publishers and songwriters who famously dominated the music industry of the United States. After having to deal with an excruciating meeting to get his large check for royalties, Pete Townshend left and went to a bar to have DRINKS which got him completely drunk.

When he was in that bar, he encountered Paul Cook and Steve Jones of The Sex Pistols. These two highly respect Townshend because he’s one of the reasons that paved the way for Punk rock music. Townshend, after meeting the two feared that The Who had sold out because The Sex Pistols were icons of rebellion, which frustrated him even more.

When he left the bar, he passed out in a random doorway in Soho (a part of New York). A policeman came to him to wake him up — he recognizes Townshend and told him: “You can go sleep at home tonight (instead of a jail cell) if you can get up and walk away.” Pete Townshend responded in an excruciating way by saying: “Who the f–k are you?”

In the 1985 Pete Townshend “My Generation” radio special — Townshend said that the song came out differently than intended when Daltrey sang it. It became more like a prayer song from a depressed man wherein the man was on the street looking up to the sky and asking God: “Who are you?”

If you have noticed Daltrey says the F-word twice in this song: “Who the f–k are you.” It can still be heard even today on any Classic Rock Stations who plays the song.