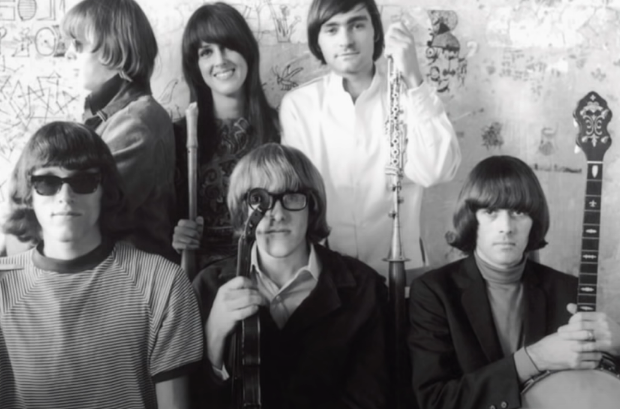 Although the hippie movement, peace, and love are all part of Jefferson Airplane’s identity, the atmosphere on August 21, 1972, when the band played in Akron, Ohio’s Rubber Bowl, was anything but tranquil.

On that particular day, the stadium was packed with about 20,000 spectators, but the trouble began among the hundreds of additional people who were watching the show from a hill outside the venue for free. As the day gave way to night, ticketless attendees, many of whom had consumed alcohol or drugs, grew restless and started obstructing the concert security provided by police officers.

“We were getting pummeled with rocks and bottles and stones and whatever else they could throw,” according to John Cunningham, a lieutenant in 1972, the Akron Beacon Journal. Police fired tear gas grenades in response to the crowd.

“Before you know it, just all hell broke out,” one member of the audience who witnessed the chaos develop said. “It was a small war zone, let me tell you. There was cops and teenagers just going at it everywhere. Fistfighting, throwing rocks, anything that people could get their hands on to throw.”

Jefferson Airplane’s performance within the venue added to the mayhem. Singer Grace Slick apparently yelled stuff like “get the pigs” and “fight the establishment” from the stage to those defying the police.

“[The police] knew we remembered Kent State and they didn’t trust us,” described in her autobiography, Somebody to Love?, Slick’s memories of that evening. “All along the front of the stage stood a row of 25 officers, arms linked in riot style, creating a barrier. Their heads covered with bulletproof visors, their hips loaded with clubs and guns, they formed a line between the audience and us like a bizarre group of armored, hairy chorus girls.”

Turmoil persevered until approximately 11:30 p.m. when the Rubber Bowl office received a bomb threat. The show was stopped by the police, further enraging the audience.

Jefferson Airplane members joined in as fists and projectiles were still being flung. Brother of bassist Jack Casady and the group’s equipment manager Chick Casady stepped in to stop police from abusing a fan.

“I saw them mace Chick, so I went over and objected to their treatment of my friend,” Slick remembered. “They maced me. Paul [Kantner, the band’s guitarist and singer] came over to object to their treatment of me. They maced Paul. The three of us were escorted to jail where bail was set and the attorneys were called to rectify the situation.” On that particular night, 12 cop cars were destroyed in the fracas, nine personnel were hurt, and 25 fans were taken into custody.

Despite being charged with attacking an officer, Slick, Kantner, and Casady ultimately entered a guilty plea to a reduced offense. The trio agreed to behave themselves whenever they visited Ohio in exchange for paying a small fine. Years later, Slick acknowledged that she and her bandmates had never felt at ease around authorities, particularly the officers.

“I don’t know why, but any time I saw a badge, something in me would snap,” the singer revealed. “All I could see was some goof who took smelly shits just like everyone else, having the unfair advantage of firepower.”