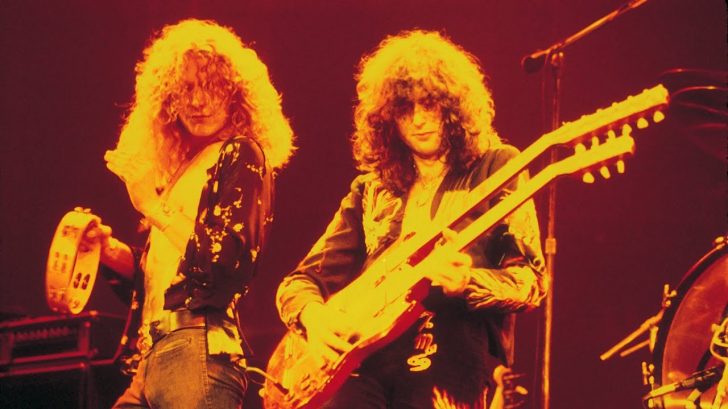 Led Zeppelin landed in Stockholm in March 1973 for the opening performance of their European tour. At that point, Houses of the Holy, the group’s most recent album, was going to be published. The band members were Robert Plant, Jimmy Page, John Bonham, and John Paul Jones.

In order to promote the new record and accompanying tour, Zeppelin’s manager, the notorious Peter Grant, arranged for the band to perform at Stockholm’s exclusive sex club, the Chat Noir. Later, Plant and his friends would observe a couple engaging in passionate sex while perched on top of a table holding the band’s gold albums.

Clearly, Grant was the one who came up with the notion. Led Zeppelin would receive their gold record sales medals on a tiny stage that the manager had proposed to be put up in the Chat Noir, the venue for Atlantic Records’ Swedish distributor Metronome Records. It’s unknown if Grant informed Led Zeppelin about the ceremony taking place in conjunction with a live sex show or if it was a surprise.

Bengt H. Malmqvist, who took black-and-white photographs of Led Zeppelin standing in the club and watching the sex act, was the only photographer invited to chronicle the band’s experience, according to Metronome CEO Börje Ekberg. Malmqvist’s images were published in a well-known Swedish men’s publication but were otherwise unknown for years. At some point, they were made public in the book “De legendariska ren – Metronome Records.” Later, Bonhams held an auction and the black and white negatives, accompanying prints, and two contact sheets were sold. Here are some pictures from the session that you may view.