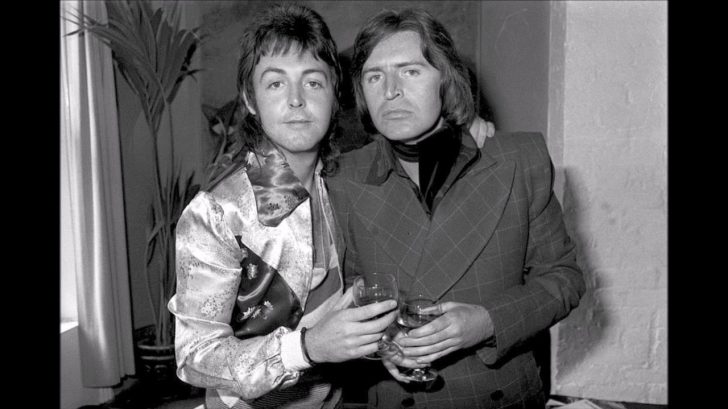 On November 25, the streaming platform Disney + finally released the highly anticipated documentary ‘The Beatles: Get Back. Peter Jackson, responsible for the trilogy of ‘The Lord of the Rings’ has worked for two years with more than one hundred hours of unpublished audiovisual material from the recording of the penultimate album recorded by the Beatles, and last published, ‘Let it be,’ in January 1969. And it has brought many things to light.

Paul Mc Cartney’s brother, Mike McCartney, better known as Mike McGear assured that he could be the drummer for the Beatles. Only a broken arm prevented him from being the group’s drummer. And Mike claims to feel “happy” that things happened the way they did.

“I’d been practicing on drums that had fallen off the back of a lorry into our house on Forthlin Road, Liverpool,” he told The Guardian in a recent interview. “But when I was 13, I broke my arm at Scout camp, so Pete Best got the job in our kid’s group. That’s when I started taking photos on the family box camera. It was fortuitous, though, because if I had become the Beatles’ drummer, we’d probably have gone the Oasis route.”

In the interview, Mike revealed that when his brother Paul McCartney began to collaborate with John Lennon he was the drummer of the group and not Ringo Starr, but that he broke his arm and that affected the nerves of his wrist for what ended up being replaced by Ringo.

He recalled that the rest of the group were  “totally relaxed in each other’s company and bounced off each other. “All this business about the Beatles’ arguments – we all have arguments, for Christ’s sake,” he said. “I would go everywhere with the Beatles. I was part of the act. It’s like if Rembrandt’s kid brother was in the corner with a pad and paper, sketching his older brother. I was lucky – you couldn’t have had a better group to practice on, could you?”

Mike reflected that he never thought he was going to be a part of “the most important band in history,” because he thought the Beatles were only “four working-class Liverpool lads.” “The idea of global fame, being billionaires … anything like that, it wasn’t just remote, it felt impossible,” he explained. “That period in Liverpool could be hard. … Our mum had died, so her wages as a midwife health visitor had gone. Dad was just on his own, bringing up two lads on £10 a week.”