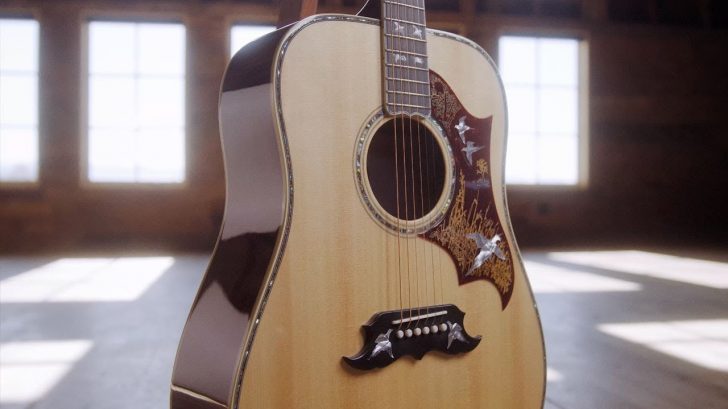 The little boy who wanted a gift, what were his parents going to give him?

That question and the eagerness to open his desired gift had barely allowed him to fall asleep during the night.

As a general rule, they had always been right, since, although they did not have much time to dedicate to it, they used to worry about knowing their preferences and wishes.

Thus, the little boy, who was eleven years old that January 8, 1946, was restless and expectant as well as nervous to see his father appear with his gift.

On his 11th birthday, Elvis asked his mother for a rifle or a bicycle as a gift. However, his mother thought that a guitar would be a better gift, and she was right. He learned to play the guitar by watching others play it and with a couple of classes from his uncles. Eight years later he recorded his first song, “My happiness”, a gift for his mother. Then came the hits.

After initial disgust and a few tears, his mother and the store clerk convinced him to buy a $6.95 guitar. “If you learn to play this guitar, you might be famous one day,” store clerk Forrest Bobo told him. Those words were engraved in the mind of the little boy, who quickly began to practice with the instrument. The years passed and in 1952 the family moved to Memphis. In June 1954, at Sun Records recording studios and under the tutelage of producer Sam Phillips, Elvis recorded a song dedicated to his mother, “That’s All Right, Mama”, which became a huge hit.

Soon after, Elvis bought a new guitar for $175 and gave his first guitar to a high school classmate named Red West. A year later, Red gave it to another friend, Ronnie Williams, a football player, who believed that Elvis’s guitar would be a good talisman and that it would help him succeed, but it did not. His career in the world of sports ended prematurely due to alcohol. On August 7, 1977, Ronnie Williams had a strange precognitive dream: Elvis was playing cards and although he had several winning hands, he couldn’t win. Nervous about what he had dreamed, Ronnie called his brother Bill and asked him that if anything ever happened to him, he would never sell Elvis’s guitar, and never do anything with it for another 21 years. The next day, Elvis Presley died at the age of 42. Three years later, during one of his usual drunken sprees, Ronnie fired his gun through a window in his house. When the police officers arrived at the scene, they had no consideration for the alcoholic Ronnie and shot him to death. Hours after the shooting, Ronnie’s brother Bill found Elvis’s old guitar in a closet and decided to keep his promise. In 1999, 22 years later, Bill finally decided to show the world Elvis Presley’s first guitar, which today is priceless and also wrote a book telling his unique story.