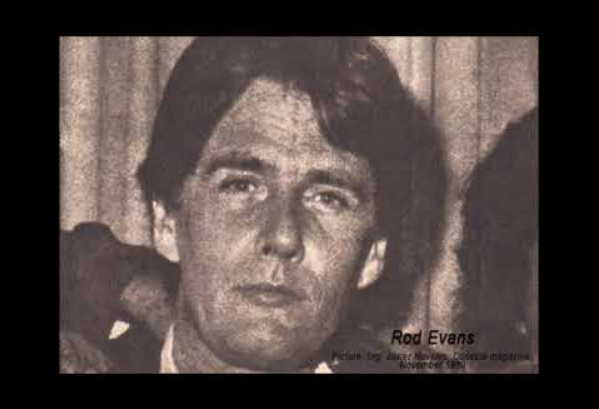 In March 1980, Emery legally registered the “Deep Purple” trademark under US law, specifying that no one else before this registration had the rights. The aforementioned name had already been registered in 1968 and all the members of it, let’s call it for convenience, the training knew it, Rod Evans first. Not only that but in 1971, a company, Deep Purple (Overseas) Ltd., was also founded, which served, among other things, to protect itself against such things, even if no one had imagined that someone would be so blatant to try seriously do such a thing. However, there were too many holes and inconsistencies in the American legal system, especially when it came to the legal protection of musicians, and before the actual repositories of the Deep Purple name could do anything about it, this new group managed to move quite a bit. speed. Also, it is not an insignificant fact, at the time when the Internet did not exist, and who organized this false tour, was very good at playing with the “confusion factor”. At the end of the day, radio and journalists only knew that Deep Purple had been reformed, but it was not known who was in the group and, on the other hand, the hunger for hard rock was so great that nobody cared about it. serious.

After making a series of test dates in small and anonymous theaters, the group made its first official date at the Armadillo Civic Center, Texas on May 17, 1980. The tickets, as expected, sold like bread and the fans were jubilant, convinced they were going to attend a unique and memorable event. It turned out that way, but not in the way they expected. As imaginable, the concert, from any artistic point of view, was a total disaster. The group sounded like a poor cover band, the sound quality was decidedly low, and the lineup was rather strange: steps for “Hush”, “Mandrake Root”, “Kentucky Woman” and perhaps, the inevitable “Smoke on The Water “, which was not part of Rod Evans’s period, however, but the inclusion of materials such as” Space Truckin ‘”,” Burn “and” Might Just Take Your Life “was completely incomprehensible. To make matters worse, the five had presented themselves with a glamorous look and sported a behavior worthy of the worst stereotypes of rock, complete with the final destruction of the instruments. The audience didn’t react well at all, also because almost nobody had recognized Rod Evans or, in any case, knew that he had been part of the original Deep Purple. The quintet left the stage only after 40 minutes, after being the target of bottles and various objects, and the beginning of a riot. It should have been a clear enough warning, but if someone is already unscrupulous enough to start such an operation, he will certainly try to complete it, and the tour continued with the same results night after night. At a concert at the Capitol Theater in Quebec, Canada, guitarist Tony Flynn, fed up with the constant pitches, proclaimed over the microphone that “anyone who is here to hear the real Deep Purple is welcome, but the rest can go fuck”. It only worsened the situation; Robert Boualy, the organizer of that concert, was lapidary: “they don’t deserve to be paid, it was repugnant”. By this time, the rumor that a gang of impostors was going around in the name of Deep Purple had spread like wildfire, and ticket sales were starting to drop dramatically.

The original members finally realized what was going on and began making official statements and moving on legal grounds. “I think it’s disgusting that a group has to go so low and take someone else’s name,” said Ritchie Blackmore to Rolling Stone Magazine. For his part, Rod Evans denied that he was doing anything wrong; after falsely claiming to Sounds Magazine in June 1980 that he had contacted Blackmore and Jon Lord for permission to use the name, in October, in another interview with the same magazine, he changed version: “May Ritchie give me his support or not is not of great consequence for me, as it would not be for him if I gave it to him for Rainbow. I mean, I’m sorry he doesn’t like the band, but we’re trying. ” A certain Ronald K., one of the promoters of this new line-up, defended them with an announcement to the music newspapers, without being very convincing: according to him, among other things, the original Deep Purple wanted the name back because they had seen that “the new group is successful and they want to have the rights”! However, because of how the American legal system was moving, Deep Purple (Overseas) Ltd. could not initiate legal proceedings for some time, even if it managed, if nothing else, to get a notice published in the Los Angeles Times. which specified that Ritchie Blackmore, David Coverdale, Ian Gillan, Roger Glover, Glenn Hughes, Jon Lord, and Ian Paice, contrary to what was rumored, were not part of this formation. And who the hell was in Deep Purple, then ?!

When, finally, the real Deep Purple sued the fake ones, the latter, for a time, performed on behalf of The New Deep Purple, but it was of little use. On October 3, 1980, after nearly a year, the judges decided that the new group had no right to shoot in the Deep Purple name and sentenced them to pay a penalty of $ 672,000. Evans, who could not afford such an expense, lost the royalties of the albums that he had recorded with them and this marked the end of this adventure.

“It was a very stupid thing to do. Rod was an idiot,” thundered Jon Lord on May 7, 1981, in an interview on Swedish Radio 1, “he got screwed by people who just wanted to earn on the name, without worrying about the quality If we hadn’t stopped them, they could have filed under Deep Purple, it would have been a gigantic scam. “The fakes Deep Purple had signed a contract with a Warner Brothers-affiliated record company and had also already recorded a series of songs at the Village Recording Studios in Los Angeles, which, according to the original plans, should have been released in November 1980 nothing was done, even if in the following months Tony Flynn spoke of his solo album in which there would be the participation of Emery and Evans, certainly material taken from the aforementioned tapes. This project also disappeared into the void. Years later, in a 1998 interview, a more peaceful Jon Lord tried to review it from a different point of view, more in keeping with his British way of doing: “Rod just wanted to try to see what would happen. the only thing I blame him for being reckless. He should have known that it would not be easy to get away with fake Deep Purple: after all he was still doing it in public! “. As you know, Deep Purple officially reunited in 1984 with the popular Mark II, returning in full form with the album “Perfect Strangers” thus canceling every effect of this inauspicious misadventure and satisfying the fans who had longed for their return on stage.

After this story, Rod Evans’ musical career had now unequivocally come to an end and, shortly thereafter, he disappeared from circulation without being seen again. His voluntary exile lasts to the present day: few know where the singer is today and, who knows, does not open his mouth. In the early 2000s, Larry “Rhino” Reinhardt, the Captain Beyond guitarist, stated that, at that time, he was in contact with him and that he had also asked him to do a reunion with the group, but Evans had declined the offer. Reinhardt died in 2012, but according to rumors, drummer Ian Paice is also aware of where Rod is at the moment. If on the one hand what the singer has done was undoubtedly very serious and, as they say, “who is the cause of his ill cry himself”. on the other, it is undoubtedly sad that a musician like him had to end his career in this way.

Rod Evans was not a singer who did virtuosity, but, in addition to having a nice tone, he was very expressive and versatile, proving so convincing in the most intense songs (“The Bird Has Flown” by Deep Purple and “Mesmerization Eclipse” by Captain Beyond ) as in ballads (“Lalena” and “Starglow Energy” always from the same two groups, respectively). Moreover, before 1980, he undoubtedly had a career not only respectable, but also of prestige and, although this is a difficult spot to erase, he is remembered much more willingly for those many beautiful things he has done previously. Although surely, after all these blows, Rod will never get closer to a record deal, it would be nice if he decided to at least get out of anonymity, even in a confidential way, maybe with a short interview via e-mail, just to let us know who is still among us, and why not, telling us some anecdotes of Captain Beyond and Deep Purple, the real ones. Mr. Rod Evans, if you are there, and if, very unlikely, you can read Italian, take a hit. Everything is forgiven!