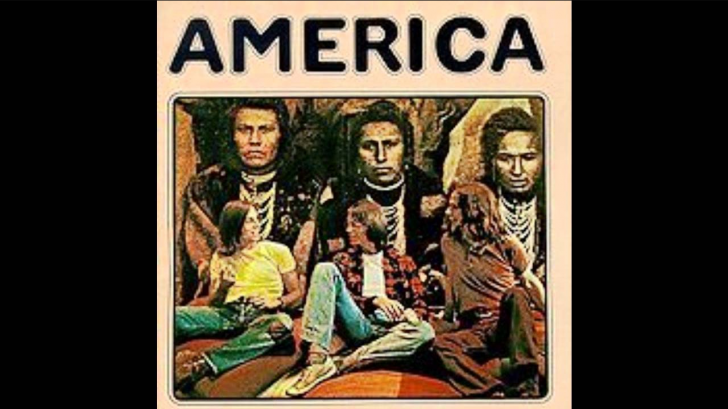 America was formed in London. There they met Dewey Bunnell, Dan Peek and Gerry Beckley. All three had something in common: their parents were Americans, members of the United States Air Force stationed at a military base near London, and their mothers were British. The only English of the three was Bunnell, since Beckley and Peek had been born in the United States, in Texas and Florida respectively, and had later moved to the United Kingdom. They loved the sound of American folk rock acoustic guitars, and their favorite bands included Crosby, Stills, Nash & Young. When they decided to form a group, they chose to be called America. They didn’t want the public to think they were just another British lineup trying to sound like an American group.

“A Horse With No Name”, the first success of the América group, led to various misunderstandings, including the one that related the title horse to heroin.

Released in 1971, was America’s first single, but was not included on the album, titled by the same name, with which the trio debuted that same year. It was in the 1972 reissue when the group added this song to the album. But the musicians were surprised to discover that several US radio stations refused to click ‘A horse with no name’. Neither Bunnell nor Peek nor Beckley had stopped to think about the possible double meaning that the broadcasters of the radio stations soon found when relating the word “horse” with heroin. So that journey through the desert was interpreted as an apology for drug use. As much as the musicians denied the absurd misinterpretation, they could do nothing against the announcers, who claimed to know more about the song than their own authors.

The heroine story was not the only misunderstanding that ‘A horse with no name’ caused, as listeners who heard her thought they were dealing with a Neil Young theme. The Canadian musician was one of the group’s favorite authors and Bunnell always defended his influence:

“I know that practically everyone, on the first listen, assumed he was Neil. I have never denied the fact that I was inspired by it. I think it is as much for the structure of the song as for the tone of his voice. It hurt a little, because we got a huge negative response. I have always attributed this more to a reaction by people to protect their own heroes than to an attack on me. ”

The song was attacked one last time as it was branded as having an easy and simple lyrics. But despite all this, ‘A horse with no name’ came in at number one on the US hit list, replacing precisely a Neil Young song, Heart of gold ’.