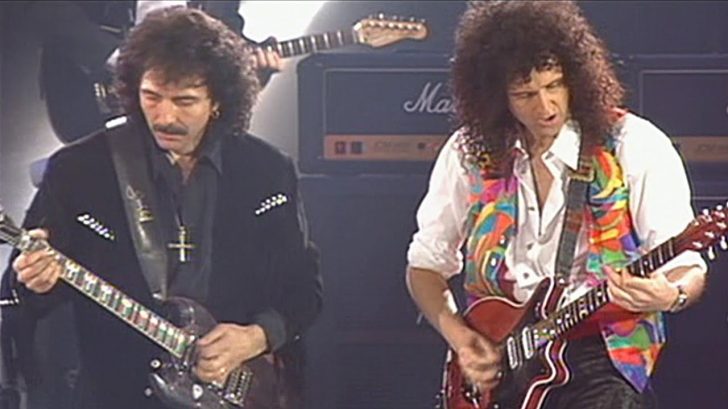 The relationship between different music stars sometimes becomes competitive as it can be, but at other times a true bomb-proof friendship is forged. The one between guitarist Tony Iommi and vocalist Ozzy Osbourne could well seem like one of that type, since they hardly even need to speak, according to the legendary master of the six strings.

Another really strong friendship is the one we have between Iommi and Brian May, Queen’s guitarist whom he chose as his “Rock God.”

When both have so much fun jamming, Tony’s Black Sabbath bandmates grew bored and walked away. This incident happened at a rehearsal studio, and it’s just one of the many occasions, Iommi revealed BBC Radio 2.

“It was in the early ’70s we first met,” Iommi said, admitting he couldn’t remember some specific details. “We had a very fast connection and we used to talk to each other at all hours of the night in the early days. Now I’m in bed – but in the days, if he knew I was in the studio in London, he’d come over.

“We’ve jammed a few times,” he added. “He’s come up on stage and played with me, and we’ve done some album stuff together on different people’s albums. He played on my solo album a couple of times.”

During that moment, Iommi said May “came down to one of [Black Sabbath’s] rehearsals, when we were rehearsing in London, and we started playing with the band and the band gradually left, and Brian and myself were were just left playing there. All the gear had gone except for our gear, and we were still playing!”

Iommi also said that May always had a guitar on his hand, “and when he comes to my house, I’ve always got a guitar there for him so we can have a little play.” The friendship was built on a foundation of respect, going back to the first time Iommi heard May’s playing in Queen.

“A guitar player is always into other guitar players, and he [had] a sort of unique sound – and the way that he played, I just liked it. It was appealing,” Iommi said. “He’s just got a certain character that you didn’t really hear from anybody else – he’s got something very ‘him.’ And as soon as you hear Brian … anybody can pick him out.”