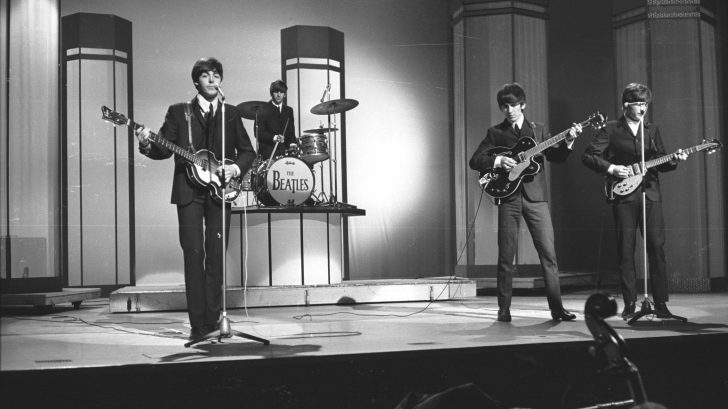 Some Myths, Some Misconceptions

Conspiracy theories aren’t new in rock ‘n roll. Especially if you’re in one of the greatest bands of all time, chances are, someone will make up something about you and the next thing you know, some people start believing it. From alleged backmasking to bizarre tales, The Beatles have become subjects of several myths that in its own weird way, kept everyone talking about them.

Some are ridiculously false, some are true and others are somewhere in between. Let’s uncover them one by one.

According to this rumor, the real Paul McCartney secretly died back in 1966 following a car crash and has since then been replaced by a fake one. Apparently, everyone tried to cover up but guilt won over and they subtly revealed clues in their songs like “Taxman”, “Strawberry Fields Forever” (where John Lennon supposedly mumbled “I buried him”), and “A Day in the Life” (where you could hear “Paul is dead, miss him, miss him” when it’s played backward).

This story is so famous that Paul McCartney referenced it in his 1993 album Paul Is Live.

9. “Lucy in the Sky with Diamonds” is a song about LSD.

Aside from the fantastical and trippy imagery in the lyrics, the acronym allegedly spelled LSD. This eventually led BBC to ban the song. The real story according to Lennon is so far from psychedelia. He said in an interview, “Julian came in one day with a picture about a school friend of his named Lucy. He had sketched in some stars in the sky and called it Lucy In The Sky With Diamonds.”

He was born on October 9 and lived at 9 Newcastle Road, Wavertree, Liverpool (three words have nine letters each). His first gig with The Beatles was on February 9, 1961 and their manager Brian Epstein first saw them perform on November 9. His son Sean was also born on October 9.

John even wrote a song called “#9 Dream” which, as you guessed it, came to him in a dream.

7. John Lennon once claimed that Ringo Starr wasn’t even the best drummer in The Beatles.

John never said it. The line came from a comedy sketch which came out after John’s death.

6. Pete Best was fired because the boys were jealous of his good looks.

The truth is, he just couldn’t keep up with the band musically and according to Paul, Pete “was holding us back.” Brian Epstein also didn’t like how Pete’s mother Mona kept on meddling with their business. It had nothing to do with his looks.

5. Richard Nixon tried to deport John Lennon and had the FBI monitor him.

Because of his anti-war speeches and beliefs, Nixon regarded John as a “dangerous political leader.” He was even under surveillance by the FBI. They had around 300 pages of information on John.

4. The Beatles made their TV debut in the US on The Ed Sullivan Show.

This isn’t actually true. CBS News already reported about the group on December 1963.

We can neither confirm nor deny the truth behind this. But in one interview, John claimed that he saw “a thing with ordinary electric light bulbs flashing on and off round the bottom, one non-blinking red light on top.” On the liner notes of Walls and Bridges, he also wrote: “On the 23rd Aug. 1974 at 9 o’clock I saw a U.F.O.”

2. The Beatles sold their souls to the devil, particularly John Lennon.

There’s even a book about John’s pact with Satan. And also for Paul, he’s allegedly an antichrist because he wrote “Helter Skelter” which became a huge part of Charles Manson’s killings. Is it true or not? You decide.

1. Yoko Ono broke up The Beatles.

It’s so easy to put the blame on her but let’s be honest, there was tension between the members already. Ringo Starr wasn’t the only one who walked out during recording sessions too. The fact is, the breakup was bound to happen whether Yoko Ono was there or not.