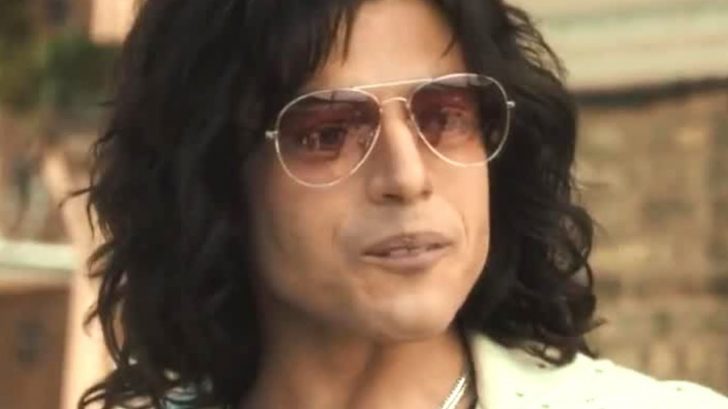 We all fell completely in love with ‘Bohemian Rhapsody’, the electrifying and intense love letter that Bryan Singer has dedicated to what is probably the most influential group in rock history. But the satisfaction with the final product is not incompatible with a critical point towards its greatest weakness: the lack of rigor.

Although Bryan Singer and his screenwriter Anthony McCarten have reduced it to a specific, almost anecdotal moment, in which the stars aligned and gave rise to magic, the formation of Queen was much more complicated than what is seen in ‘Bohemian Rhapsody ‘.

In the film, an unknown Mercury briefly chats with Brian May and Roger Taylor after Smile singer and bassist Tim Staffell suddenly leaves the group after a concert and impresses them by singing an acapella song in the parking lot. Something more enough for them to admit good old Fred into their band.

But the reality is quite different. Mercury was a huge Smile fan and a longtime friend of Staffell’s and spent a long time rattling May and Taylor into the group; something that happened after the departure of its vocalist in 1970.

The Arrival of John Deacon to Queen

Like the addition of Mercury to Smile, John Deacon’s landing on Queen shown in ‘Bohemian Rhapsody’ is not true to reality either. In the film, the bassist appears playing in the group’s first concert in 1970, but it was not until 1971 that he made his debut after having tested – and discarded – three other musicians who wanted to fill the vacancy on the four strings.

The Existence of a Certain “Ray Foster”

One of the most surprising and fun moments of ‘Bohemian Rhapsody’ is found in the sequence in which the group reunites with Ray Foster, the EMI Records executive played by a Mike Myers full of makeup. But said Foster does not represent a real person. At least not at all.

Myers’ character is based on Roy Featherstone, who was an executive at EMI Records, as well as a huge Queen fan. Although this does not mean that, as can be seen in the film, he considered that ‘Bohemian Rhapsody’ was too long a song to put on the radio.

The Private Life of Freddie Mercury

One of the issues that Brian Singer’s film touches most on the side is that of Freddie Mercury’s private life. Except for small and very subtle references to substance abuse and the singer’s wild nightlife, everything is practically in the shade in favor of an age rating for those over 13 years old – because, let’s not forget, this is a studio production.

Returning to the strictly musical, despite what ‘Bohemian Rhapsody’ points out, Queen never got to separate; fact that the film introduces taking as an excuse the signing of a contract of 4 million dollars by Mercury to make two solo albums.

In early 1983, just as Rami Malek’s Freddie implies in the film, all the band members were exhausted from the rhythm of touring and recording, and even considered taking a break, but later that same year they began to work on the album ‘The Works’.

‘Bohemian Rhapsody’ paints us the amazing concert that Queen gave in the framework of Live Aid in 1985 as a reunion of the group after a long period of inactivity from which they would have to recover. Nothing could be further from the truth, because the band had released their album ‘The Works’ the year before, and had been presenting it on a world tour until a month and a half before the benefit gig at Wembley.

Favoring the dramatic component of the film, ‘Bohemian Rhapsody’ shows us how Freddie Mercury discovers that he has contracted HIV before the Live Aid concert, revealing it to his fellow Queen members in an emotional scene. Although the exact date of this remains inaccurate, everything indicates that Mercury knew his diagnosis between 1986 and 1987.

Post-Live Aid and Other Inaccuracies

The die-hard Queen fan will find several historical inaccuracies in Bryan Singer’s film – such as altered creation dates of some of the most iconic songs – that will make them choke on an experience that they might also consider incomplete.

The end of the show after Live Aid in 1985 leaves Queen’s legacy on the big screen orphaned of some of the great moments of Mercury and company —it would have been wonderful to see him sing ‘Barcelona’ with Montserrat Caballé—, and some data Interesting that not even the short pre-credits summary details, such as Deacon’s retirement from music, the fact that Jim Hutton also contracted HIV – although he passed away in 2010 – or that Mary Austin continues to live today in the house that Freddie Mercury bequeathed him after his death.