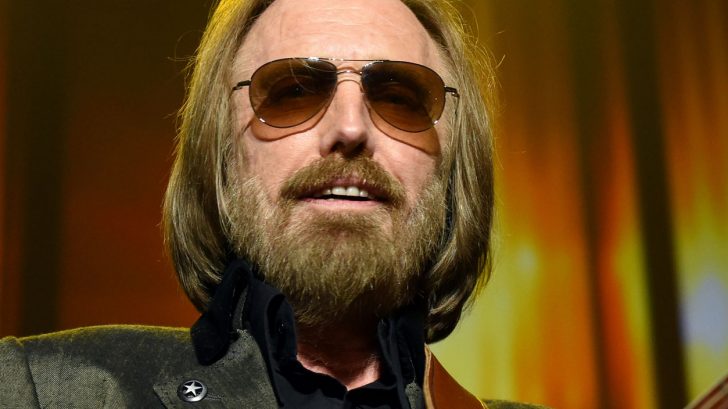 The man who told the whole world “I’m not going to give in” [“I Wont Back Down”], “Don’t punish me like that” [“Don’t Do Me Like That”], and “Don’t come back here anymore” [ “Don’t Come Around Here No More”] doesn’t need to learn to be categorical. Tom Petty’s determined and even defiant attitude has been colliding with the music industry for years. For example, in 1982 he recorded Hard Promises with the Heartbreakers and later realized that his record company was planning to appropriate his name to launch a new catalog of more expensive records, which would cost $ 9.98. Petty kept the recordings to himself and threatened to rename his album $ 8.98 in protest.

‘Mary Jane’s Last Dance,’ the bonus track from his 1993 Greatest Hits is one of his rare tracks but he surely hated it to be included in the album. He said to Radio Q that “it irked me no end that I had to do [that].” Why? “I kinda hate it when you get those greatest hits albums, and there’s all hits and then… ‘what’s that?,’ you know, at the end. There is no ‘bonus track,’ it’s the end of your record… I don’t want it on the record unless it’s supposed to be there.”

“Watch people play records?” Petty rhetorically asked USA Today. “That’s stupid. You couldn’t pay me to go. I don’t think it would be any fun without the drugs. It’s a drug party.” Besides, he’d prefer everyone learn to make their own sounds. “There’s a lot of people who are in so much of a hurry to be, I guess to be famous, that they don’t want to take the time to learn to play and do all that,” he explains to Radio Q. “They’d rather just knock it down off a computer and maybe get on a game show and get famous.”

“I hate MP3s,” Petty told USA Today. “You hear exactly 5% of the record I made. The CD is not as good as it can be, but it’s 100 times better than an MP3. The good news is vinyl is coming back.” Oh, and don’t get him started on how great free streaming music is, like Q Radio did: “There are artists far less fortunate than me that make their living (making music), and I think it’s a slap in the face to them to think that you can take their work for free.”

#4 Country Music of the Present Day

He made enemies just by saying that modern countries” “reminds me of rock in the middle ’80s, where it became incredibly generic and relied on videos.” He told Rolling Stone, “I hate to generalize on a whole genre of music, but it does seem to be missing that magic element that it used to have.”

What would have happened if Tom Petty was the judge of American Idol instead of Steven Tyler? “If they had tried to offer my generation someone that had won a game show, it would’ve been hysterical,” he expressed to Rolling Stone. “You would’ve been laughed out of the room. We were suspicious of people that had hit records, it was that different a time.”

He revealed to Q Radio that he got tired of traveling and also told Men’s Journal that hotels make him think of his job and he’s unimpressed even by the greatest accommodations. “‘Here’s a beautiful view of the harbor…’ I don’t care about the f—ing harbor! Get the f— out of my room!”

#7 He Hated Some of His Own Albums

He hated the 1999 album, Echo, ‘ “I had just gotten divorced. My family was in complete upheaval. [Former bassist] Howie [Epstein] had really bad problems. But there was a record due.” He also cites 1982’s ‘Long After Dark’ — which, we remind you, features the amazing ‘You Got Lucky‘ — as “another one that felt like treading water.”

“I hated that record — the whole idea of it offended me,” he told Men’s Journal. “I only did it because I didn’t have anything else to do. I liked [director] Ed [Burns], and thought he was pretty sharp, so I wrote him a couple of songs. And then it kept mushrooming… I took some stuff I hadn’t used on ‘Wildflowers,’ really crummy versions, badly mixed, and put them on there. It was terrible, really. I’m disappointed I did that.”

It’s not the entirety of the church that he hated, but the people in the Catholic church hiding the sex abuse scandals plaguing the religion: “If I was in a club, and I found out that there had been generations of people abusing children, and then that club was covering that up, I would quit the club. And I wouldn’t give them any more money.”

Gladly Petty never kept up with the Kardashians: “I’m old enough to have lived in a country where, if you were willing to work hard, you could have a fairly nice life,” telling the Sun. “You could support a family and even get a shot at owning your home, but you never thought you’d get a swimming pool. Now the culture has hypnotized people into thinking they’re really nothing if they’re not wealthy and a Kardashian.”

#10 He Hated All of Drugs Especially Alcohol

He did coke a few times during his career but he hated it. He explained to Rolling Stone: “the first thing it does is freeze your vocal cords.” And alcohol drinks, he never likes that taste, he told  Men’s Journal: “I can’t stand being around drunks.” So what’s left? “I’m mostly just a reefer guy.” Oh, and of course, there are the dreaded cigarettes. “I’m an addict, man. I’m a sick f—. But I don’t understand why I can’t light up in a bar or park. I think that’s yuppie s—.”