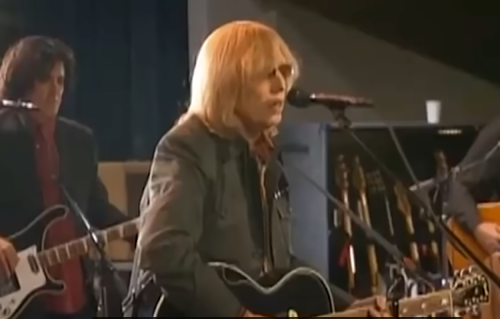 If rock and roll, through sweeping melodies and unstoppable guitars, has always been a magnificent illusion of the infinite present, Tom Petty, who died at age 66 from a heart attack in Santa Monica, California, was the owner of a potion indecipherable.

His songs contained that eternal promise of instantaneous life and came to illustrate as few in popular music the perfect dream of the here and now, that unbeatable moment where everything important happens under the spell of a few chords.

The artist died at 8:40 pm on Monday, at the UCLA hospital, where he was admitted after being found unconscious hours before at home.

The cause of his death was attributed to a multi-organ failure due to the mixture of various substances. Just a week before he died, Petty was on the final stretch of a grand tour to celebrate 40 years of his career alongside his life-long backing band, The Heartbreakers. After performing just a week ago at the legendary Hollywood Bowl in Los Angeles, he had two dates pending, in New York on November 8 and 9.

Petty’s relatives indicated that, among other substances, the musician took Fentanyl, a potent opiate that was also behind Prince’s death. This pain reliever is 80 to 100 times stronger than morphine and 25 to 40 times stronger than heroin, according to the 2015 US Drug Enforcement Administration (DEA) Narcotics Report.

There are things that never transcended much in the life of this icon of American music of the last half-century that perhaps help to explain why Petty, who has left too soon and by surprise, is the magnificent musician that he was.

With the Heartbreakers, perhaps one of the best rock formations of all time for its accurate execution and without fuss, he released notable albums until the end of his days, such as Echo, The Last Dj, or Mojo, with that road blues inside. . He also returned, decades later, to reunite Mudcrutch, publishing two albums that no one ever expected.

Tom Petty’s goodbye is a heavy blow to music. He was celebrating 40 years of his career with the Heartbreakers. Playing his classics and thanking a loyal audience like few others, dedicated himself to his dream. A dream that in his songs sounded infinite.