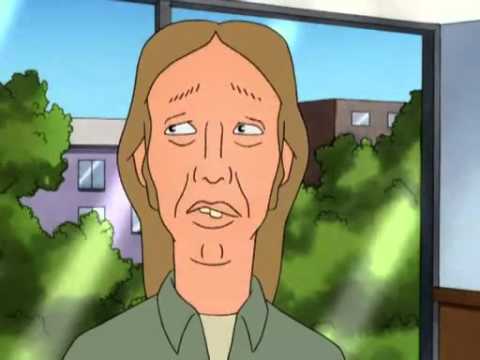 From 1997 to 2010, King of the Hill recounted the life of Texan propane salesman Hank Hill, along with his crazy friends and family. Created by Mike Judge (who voiced Hank and is known for works such as Beavis and Butthead and the beloved cult film Office Space) and Greg Daniels (who worked on The Office and Parks and Recreation, among other projects), the The show also had other notable cast members.

In later seasons, it featured the late Brittany Murphy as Hank’s niece, Luanne, and the now-late rock star Tom Petty as her husband, Lucky.

The series aligns with other full-length, adult-oriented, and often dark animated series such as Family Guy and American Dad! both in popularity and pop cultural impact in general. Most millennials or younger are at least familiar with the iconic image of Hank and his neighbors standing outside in the neighborhood, beers in hand. And it was a simple character routine like the one that encapsulated the entire series, one with a vibe of dry and understated humor, that was still infused with hilarity and jinx. And the program stuck to what worked; similarly to some of their animated counterparts, the characters didn’t really age in appearance. Also, the timeless quality made the show applicable to different times. And he didn’t constantly offer satirical shots of celebrities, politics, or other current events, to the Family Guy.