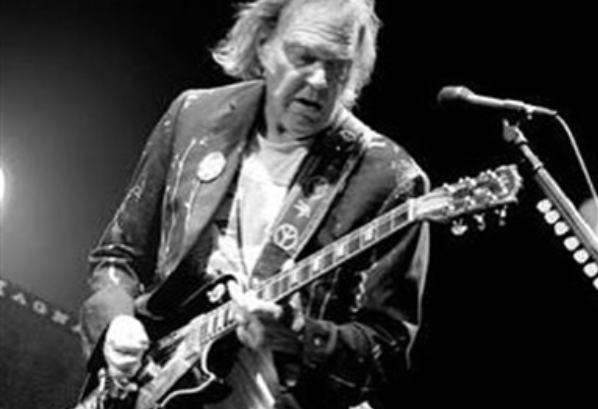 These musicians dedicated themselves to the craft of making rock music; everyone lived moments in which vice and creativity walked hand in hand. We all know what it means to lead “a rock life.” Since the mid-1950s, with the birth of the genre, this dissipated and hedonistic lifestyle has also emerged, often bordering on torment.

But there are also times we turn ourselves to these musicians in times of injustice because music is such a good form of communication. We look back at the times these Rockers stood up to “The Man.”

The singer’s decision to withdraw his music from Spotify has encouraged thousands of users to cancel their subscriptions to the streaming platform, which has suffered millions in losses. How far does the power of ‘anybody activism’ go?

The Beatles refused to play to segregated audiences (1964)

The policy defied the landmark Civil Rights Act of 1964, which President Lyndon Johnson signed into law in July, outlawing segregation in public accommodations. For the group, which was heavily influenced by African-American music, the idea was anathema, and the four Beatles demanded that black attendees sit with their white counterparts. They put out a statement five days before the show that said, “We’re not going to show up unless black people are allowed to sit anywhere.” John Lennon said at the time: “We never play to segregated audiences and we aren’t going to start now.”

On November 16, 1969, singer Janis Joplin was arrested for “using vulgar and indecent language” during a show at Curtis Hixon Hall in Tampa, Florida. The difference between her and Jim Morrison, who was arrested onstage in the middle of his Florida set in early 1969, they waited for her to finish her show and then was put in handcuffs by police backstage. She spent about an hour before she was released on $504 bail.

After the limited commercial success of Heart and Bones (1983), the former member of Simon & Garfunkel traveled to South Africa to compose the highest-rated album of his solo career, which meant a break in the cultural boycott against racist policies of the South African government. The most successful album in Paul Simon’s career, which allowed him to be recognized independently and not only for his work with Art Garfunkel, was notoriously influenced by South African music. In an interview with National Geographic in October 2012, the musician was honest that the first intention of including cultural elements from the other continent was born during a trip in his car, in which he listened to a Boyoyo Boys cassette that singer-songwriter Heidi Berg had lent him with whom he was working at the time.

Decade ends are often full of bad omens in all prophecies and 1969 was no exception. The Vietnam War was at its height, and Nixon seemed unwilling to turn the tide on the disaster his country had embarked on. However, for John Lennon and Yoko Ono, it was the year in which everything would change forever, or at least they were going to try. Dressed in white, the artist couple received visitors and gave press conferences from their beds in the presidential suite of the Amsterdam Hilton hotel from March 23 to 29. In 2012, Ono released for free “Bed Peace”, a documentary about the “bed-in” in Amsterdam and a second “bed-in” of the couple held several months later in Montreal, Canada.