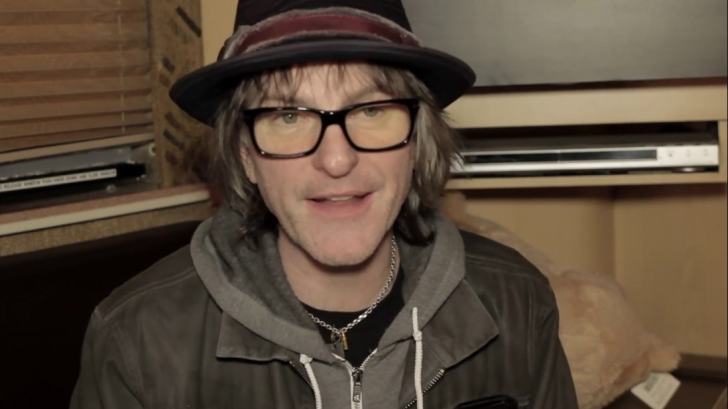 Since picking up the bass and leaving school in 10th grade to tour with the underground rock group The Replacements in 1983, Tommy Stinson has sold millions of records, performed around the world, and secured his place among rock legends.

He made his debut in the band with the simple “Oh My God”, and from then on he continued working in the group, replacing the position left by GN’R bassist Duff McKagan.

In addition to his constant work on Guns N´ Roses, in 2004, Stinson released his first solo album, entitled “Village Gorilla Head”, a work that reveals his potential, his capacity, and his solid musical influences, based on everything learned from his brother and Paul Westerberg.

Despite dedicating himself entirely to bass, Stinson is considered a true one-man band, as his musical knowledge also includes guitar, keyboard, drums, and vocals.

Stinson joined Guns N’ Roses in 1998, there have been quite significant stories about why he quit the group. One of them was in 2006 when Axl Rose mocked the Eagles of Death Metal, who were their opening act. Rose dubbed them ‘Pigeons of Shit Metal,’ and Stinson got mad as he was the one who invited that band to open for them.

Later, Stinson recalled the incident and said that he had no hard feelings with Rose or any band members. However, by 2014, Stinson rejected five Guns N’ Roses tour offers wanting to take care of his daughter. Being a father was more important than his desire to perform with the band.

In 2015, Stinson, 43, dedicated his time and money to a new passion: helping children left homeless after the earthquake in Haiti.

Tommy Stinson was one of GNR’s favorite band members and the most sought and have spent years working with them, so it surprised the fans to find out that he is ‘broke-ass poor’ these days when he did an interview with Rolling Stone in 2017.

“I’m glad for Guns N’ Roses. I would be gladder if I wasn’t so broke-ass poor right now, but whatever. I’m kidding. At least I have means. I have myself. I’ve got Benny, I’ve got Dodger.”

Tommy is scheduled for a benefit show on September 11, 2021, for a non-profit organization called Perfect Ten Hudson, in support of girls’ schooling.