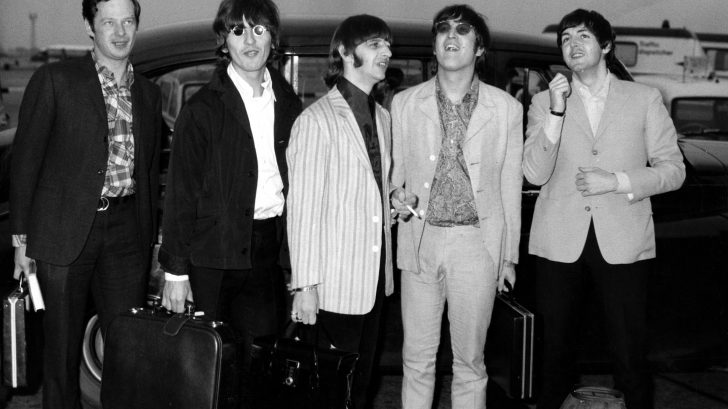 Being a rockstar doesn’t necessarily mean you will get treated like royalty everywhere you go. Most of the time, there’s VIP treatment and people worshiping the air you breathe and the ground you walk on but like pretty much anything else in life, sometimes things don’t always go your way.

That’s what happened to The Beatles during their stop in Manila, Philippines back in July 1966.

Nobody saw it coming but it was already disastrous the moment their plane landed. Perhaps it was a sign of things to come but it was bad news from the beginning.

Not The Reception They Expected

Everyone noticed the tense and gloomy atmosphere upon their arrival. Ringo Starr recalled that “Everyone had guns and it was really like that hot/Catholic/gun/Spanish Inquisition attitude.” They were greeted by 5,000 screaming fans at the Manila International Airport but as George Harrison said, “it was a very negative vibe from the moment we got off the plane.”

They were whisked away from the airport and brought to the Philippine Navy Headquarters where a press conference would be held. After which, they were taken to the private yacht of a wealthy Filipino named Don Manolo Elizalde who also happened to be friends with the concert promoter Ramon Ramos Jr. It might sound like a warm reception befitting world-class rockstars but The Fab Four didn’t feel any of it. On the contrary, they were frightened and baffled by the whole situation especially since the band members were separated from their management.

And as it turned out, they had to stay there until the following morning. But the worst was yet to come.

A day before the concert, The Manila Times ran a story which worsened things.

“President Marcos, the First Lady, and the three young Beatles fans in the family, have been invited as guests of honour at the concerts. The Beatles plan to personally follow up the invitation during a courtesy call on Mrs Imelda Marcos at Malacañang Palace tomorrow morning at 11 o’clock.”

The simple fact is that The Fab Four had no knowledge of this meeting which was supposed to be followed by a luncheon an hour before the first of their two shows. It was neither presented nor discussed. Apparently, the promoter agreed to the palace visit without at least informing Brian Epstein for fear that the latter would refuse.

The refusal would have been for practical reasons – The Beatles needed ample time to prepare and an hour wouldn’t cut it. Plus, the lads have never been thrilled to meet politicians of any kind. Had they known in advance, they would have surely found a way to bail out.

At 4AM, they left the yacht and went straight to Hotel Manila where they slept in exhaustion. They were still sleeping when government officials arrived and informed them that they will escort The Beatles to the palace. But Epstein would not be intimidated. He informed them that he didn’t know about the invitation and will not wake up The Beatles because of that.

Beatlemania In The Philippines

Despite all the commotion, the concerts pushed through. Their first show at 4PM had 30,000 people in the audience while the second one in the evening saw over 50,000 audience. They didn’t expect to perform in front of that many fans in one day. George Harrison noted that it “was like the Monterey Pop Festival.”

After their last concert, their police escort was withdrawn and the mob pressed onto their windows and rocked their cars. They eventually managed to speed away.

And just when they thought it was all over, they saw the news and realized their apparent “snub” was being blown out of proportion. The evening news ran the story along with a clip of an intimate gathering in Malacañang Palace – the First Family complete with their three children and close friends who waited for hours for The Beatles to show up.

Brian Epstein held an interview explaining why The Beatles were unable to attend the meeting. But when it was broadcasted, part of his explanation was inaudible – as though there was deliberate interference.

More Troubles For The Group

In the morning, their hotel staff refused to provide any service to the group including carrying their baggage. Even at the airport, no one gave them assistance and even escalators weren’t working. Worse, some people closed in and started physically assaulting them.

“Brian Epstein was punched in the face and kicked in the groin. The roadies got the worst of it. Mal Evans was kicked in the ribs and tripped up but he staggered on across the tarmac towards the aircraft with blood streaming down one leg. We did our best to shield John, Paul, George and Ringo from direct blows.” – Tony Barrow

A Little Too Late

A few minutes after the plane departed, President Marcos issued the following statement:

“There was no intention on the part of The Beatles to slight the First Lady or the Government of the Republic of the Philippines.”

Some years later, the First Lady also set the record straight saying she didn’t take it personally and understood that there was no proper communication between the parties involved.

“Being a big fan of The Beatles, I made representation with the Philippine promoter to invite them to lunch at Malacañang Palace so that I can personally welcome them to our country together with my family and friends who are also big fans. Honestly, I was disappointed with their non-appearance but later understood that there was a miscommunication and bore no grudges.

“When I heard they were being manhandled at the airport on their departure, I immediately ran to the airport to have it stopped. I remember reprimanding the airport manager Mr. Willy Jurado.” – Imelda Marcos

Still, The Beatles vowed never to return to The Philippines and they kept that promise.