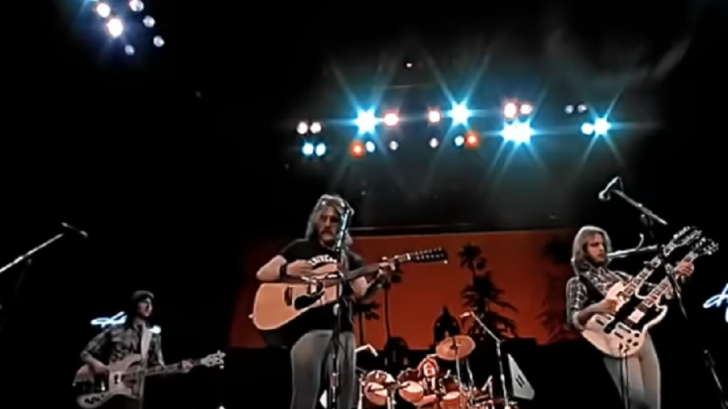 Have you ever wondered?

People have often interpreted this as a song for Anton LaVey, Satanism. Weird right? It kind of makes sense if you would actually interpret its lyrics one by one, “This could be heaven or this could be hell”, “but they just can’t kill the beast” and “We are programmed to receive, you can check out any time you like. But you can never leave”! At first, I thought it was really about that (most listeners probably do), it scared the hell out of me.

But actually, the song has nothing to do with that creepy religion or Satanism, for that matter. The Eagles have given its real meaning as a way of speaking out against corruption, greed and hedonism of the music industry in the 1970’s. The song is metaphorical. Henley even said that, they didn’t literally mean California, it’s all about being consumed by ego, absorbed by pleasure and self-righteousness.

Of course! ‘We are all just prisoners here, of our own device“. It’s really becoming so clear now. Basically, everything that is written in there are all metaphors and are all subject for different interpretations depending on the listener (Genius, right?). Something that we can all make sense of. It all sums up, alright! DRUGS, ENTERTAINMENT INDUSTRY AND SOME KIND OF HALLUCINATION THAT YOU ARE IN A PARADISE OF PLEASURE.

There have always been numerous speculations from the moment it was released and even if The Eagles already clarified its actual meaning, some still believe it’s about praising Satan and the like. Nevertheless, it’s undeniable that it’s one of the band’s most enduring songs. Years after its release and it remains a masterpiece – today’s music cannot even touch its greatness.