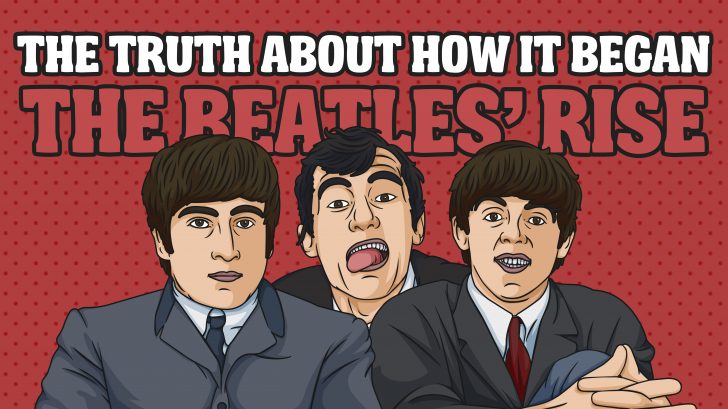 How Did Any Good Biography About The Beatles Miss This One?

There was this young man in Liverpool by the name of Ivan, and someone was knocking at his door. And that someone was none other than John Lennon, trying to ask the young boy from Liverpool if he could come round to his place to play. Lennon’s garden was directly behind Ivan’s place, and ever since the two boys were close friends. Both have a crazy sense of humor. During their teen days, the 16-year-old John with his friends formed a group. They played skiffle music and named their group “The Black Jacks,” but they changed it later on to “The Quarry Men.”

Ivan Vaughan occasionally played with the band on a tea chest, carved with ‘Jive With Ive, The Ace on the Bass.’ Sadly, he never became one of the Beatles, though many people remember him playing some bass in the bar at Homerton College – meaning he was “THIS” close playing with the legends.

When Ivan attended the Liverpool Institute, he was described as “a complete original with an entirely distinctive sense of humor,” according to Peter Sissons, who also attended the same Institute. And this same humor was the reason he became a close friend of Paul McCartney.

Ivan Vaughan was a mutual friend of both. Once, Ivan invited Paul down to Woolton so he can introduce him to John for a reason he knew that both have their music geekiness and it can only be matched by each other. Paul was also a friend with one of the guys playing in John’s band, meaning he already knew who John was and had seen him around town. He thought of John as intimidating because he was older. The Quarry Men were playing at St. Peter’s Church, Woolton. Paul had helped to tuned John’s guitar and able to played and sang an impressive song. John listened, — and “THE BEATLES” were born.

As the Beatles were rising to fame, Ivan continued his studies in Classics at University College London and got married, but he never lost touch with his friends. He lived in London, and he often, of course, met up with the group — be it at their house, watching their concerts, seeing them at clubs, having dinner with them at restaurants, or at some parties — the Beatles lives were very different from his own everyday life. During those periods, the Beatles asked Ivan’s wife, Jan, for help, as she was a language teacher. They were having their dinner at Jane Asher’s, and Paul asked the wife if she could help them with a song that they were working on back then. Paul wanted a  French first name and an adjective that rhymed with it for their song. The wife answered with “Michelle, ma belle, sont les mots qui vont tres bien ensemble” — and this line was the chorus of Grammy award-winning song “Michelle.”

When Ivan’s wife was in the hospital for giving birth to their son, Paul visited them and left a pile of banknotes on the side of her bed.

Sadly, at a very young age, Ivan was diagnosed with  Parkinson’s Disease. He had to take early retirement in the Education Department at Homerton College. When John heard of this news, he sent him inspirational books from New York to keep him going and help him cope up. After retiring, Ivan published a book called, Living With Parkinson’s, and it got featured in a Horizon film that talks about the illness.

In 1993, Ivan died, and during his funeral, Paul McCartney performed “Blackbird.” A song dedicated for their friendship. And he also sent poems to Ivan’s wife in which he had written for Ivan – a poem which reminds him of their friendship, and all the waves of laughter. The poem includes the lines:

A classic scholar he,

A rocking roller me,

As firm as friends could be.

Thanks to you Ivan Vaughan, if it weren’t for you, the world would have never witnessed the BEATLES.