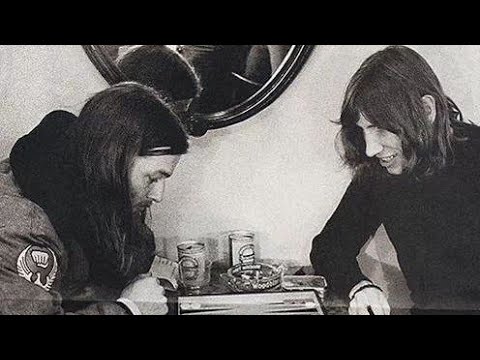 It is one of the best-known feud stories in the history of music. Roger Waters left Pink Floyd in 1985 and waged a legal battle to try to stop Gilmour and Mason from continuing to use the band’s name. It was unsuccessful. Subsequently, Waters has regretted on several occasions having sued his former colleagues and even spoke in a recent interview of his attempts to reunite them to reissue his 1977 album Animals on vinyl. Obviously without success.

The music gods never foresaw such a full-scale technical fight; During the 1980s, a tussle between the two responsible for the vocals of the English band Pink Floyd reached the pages of newspapers and even documents in court.

Roger Waters, the founding member alongside David Gilmour, decided to leave in 1985, citing several creative mismatches after the release of “The Final Cut” two years earlier. The intrigue, however, was more troubled than publicly announced.

In “Echoes: The Complete History of Pink Floyd”, biographer Gleen Povey explained that the album would have been completely the result of Waters’ creations, from lyrics to melodies. Gilmour, who helped on vocals, asked his friend to slow down so he could contribute with compositions, but he was not heard.

Sovereignty in decisions resulted in extremely positive reviews, as journalist Kurt Loder reviewed for Rolling Stone magazine at the time, classifying it as a “masterpiece of artistic rock” — but, in the same review, evaluating the work as “essentially a solo album by Roger Waters”. It was enough to cause an internal rift between the members.

In December 1985, Waters invoked the termination clause of his contract and, the following year began the process of dissolving the group in the British Supreme Court. Gilmour and drummer Nick Mason objected, saying they intended to continue with the ensemble.

The result was an almost two-year stoppage of musical activities until an agreement was reached in December 1987; Roger would not have to fulfill the contract, but would only have access to copyright items related to the concept of The Wall album and the inflatable chimerical pigs that were installed at the band’s concerts.

Now, the war continues between Gilmour and Waters. Roger Waters has accused Gilmour of keeping him on the sidelines on the Pink Floyd website and social media.

In 2018, drummer Nick Mason shared his thoughts on the Gilmour-Waters feud in an interview with Rolling Stone. “I think the problem is Roger doesn’t really respect David.” He also noted that Roger is irritated by the fact that Pink Floyd still continued after he left. “It’s a constant irritation, really, that he’s still going back to.” Mason, who gets along with both Waters and Gilmour, finds the feud tiresome. “It’s really disappointing that these rather elderly gentlemen are still at loggerheads.”

Roger Waters was part of the group for a total of two decades, from 1965 to 1985, with a single reunion taking place in 2005 on the occasion of the Live8 charity festival.