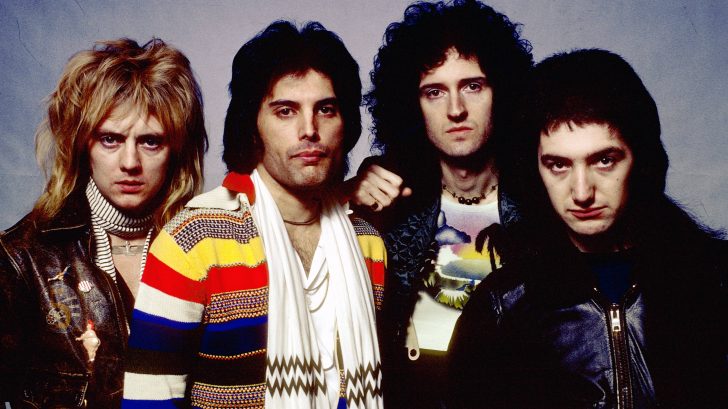 When it was thought that in music all was said and done, Freddie Mercury, Brian May, Roger Taylor and John Deacon created a sound that shook the world. Discover here The Truth Behind Freddie Mercury’s Relationship With His Queen Bandmates.

When Freddie met guitarist Brian May and drummer Roger Taylor, an instant empathy emerged between them, on which they built a solid friendship and decided to form a rock band.

“We took it on faith somehow. His personality was so strong. We didn’t see a great singer or musician first of all: he was very wild and unsophisticated. We just saw someone who had incredible belief and charisma, and we liked him.” May told The Telegraph “I think the first time it struck me was in the studio when Freddie was listening to his voice come back, going, “No, that won’t do,” and just working and working. He was exceptional, and there was a very quick period, you could almost have blinked and missed it, where he learned to harness his technique.”

It Was All About The Music For Freddie Mercury

It was clear to all four that if they hoped to stay alive in the competitive world of music until they were successful, they were going to have to endure from hunger to slamming doors in the face without giving up.

“Freddie wasn’t greedy for power,” May told The Telegraph “People have this image of him as a diva who insisted on getting his own way, but he was the mediator, the guy who could make sense out of opposite ends of arguments. He was very good at focusing on the important issues.”

Perfection Was Always The Goal Of Mercury

Former roadie Trevor Cooper called them “really good guys” and had nothing but respect working for several years for them. Cooper remembered in Queen: The Early Years: “Freddie would sometimes throw tantrums, but it was because he always wanted things to be right… He’d be ‘f*ck this’ and ‘f*ck that’ and the next minute he was calling everyone ‘darling’ and having a laugh.”

Those who saw them once were impressed by the display of energy and the powerful presence of the musicians on stage, and dazzled by the explosion of harmonies produced by the impeccable instrumental ensemble; but above all for the virtuosity, depth, and beauty of the prodigious voice of Freddie Mercury.

“Nobody got away with a single note that the other three didn’t think was okay,” May described. “We were argumentative to the point where we almost destroyed each other. At times we all left the group, one of us would go storming off saying, “That’s it!” Quite often, in fact. There was a very [difficult] side, four artists with brushes in hands trying to paint on the same canvas.”

Queen Was Never A Band But A Family

For Brian May, the death of Freddie Mercury was “like losing a family member.” He told The Telegraph:

“We all handled it in different ways. For a time, I really wanted to escape from Queen; I didn’t want to know about it. I think that was my grieving process. But I’m very proud of what we did together.”