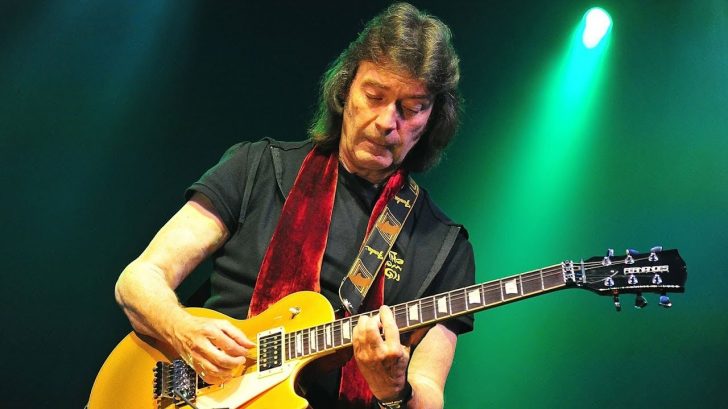 As reported by Ultimate Classic Guitar, in a new biography of Genesis, Steve Hackett (ex-guitarist of the band) recalls the reasons why he left the band in 1977, something that was an important step in his career that, according to him, produced after a forceful ultimatum from keyboardist Tony Banks.

“Tony said I couldn’t do more solo albums [following Hackett’s debut, 1975’s Voyage of the Acolyte] and be a member of Genesis,” the guitarist says in Genesis 1975 – 2021: The Phil Collins Years (out July 15), excerpt from Prog. “Tony was assuming leadership at that point and [bassist and guitarist] Mike [Rutherford] was backing him up, so there was no guarantee of a proportion of the songwriting being divided up equally. Tony said: ‘If you don’t like it, you know what you can do.'”

British guitarist Steve Hackett is one of the living legends of popular music. Pivotal part of the classic Genesis line-up that broke all the molds both musically and visually, over the years he has been in charge of keeping alive the legacy of Peter Gabriel’s ex-band.

He left in 1977 after deciding that he could well express his ideas as a solo artist. After joining and replacing original guitarist Anthony Phillips in 1970, he saw Genesis ’first lead singer, Peter Gabriel, step aside and see a successful autonomous career. So there was nothing really to stop him from doing it and achieve the same success.

He’s proud of what he had accomplished with Genesis, but he laments the band’s success with rockers like “Invisible Touch” and “I Can’t Dance” from progressive rock wizards to 1980s pop monsters.