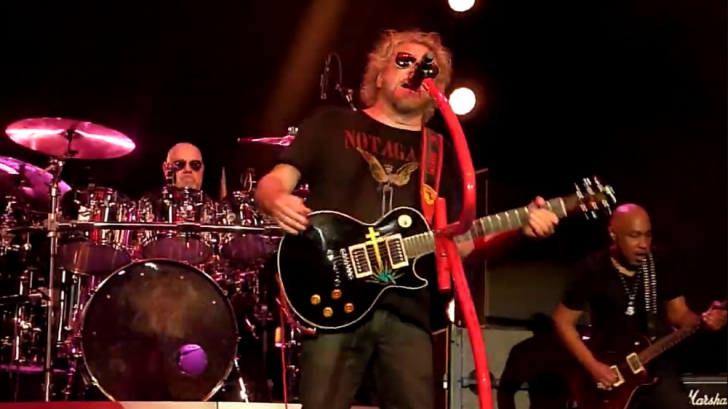 Sammy Hagar is planning to do a Las Vegas residency, and his idea — “the ultimate party.”

The former Van Halen singer will launch shows in June at the Celestia tent inside the Strat Hotel, Casino and Skypod. Following his summer tour with The Circle, Hagar will perform one weekend-per-month, to conform his infamous Cabo San Lucas birthday party format.

“I want to create the ultimate environment where I can throw the ultimate party, like I have done in Cabo for 30 years for my birthday, but at another time of year here in Las Vegas, which is really the party capital of the world,” Hagar shared with the Las Vegas Review-Journal. “I hate to put Cabo second to anything, but I feel in this case, it’s gotta take second place to Las Vegas.”

Hagar added, “Everybody wants to do a residency, and people are doing residencies, but what I want to create with the Strat guys is more than me going into a building and playing it. We want it to be more like an event, a place for fans to come in that’s a consistently cool place.”

Hagar and The Circle featuring Whitesnake and Night Ranger will hit the road on July 9.