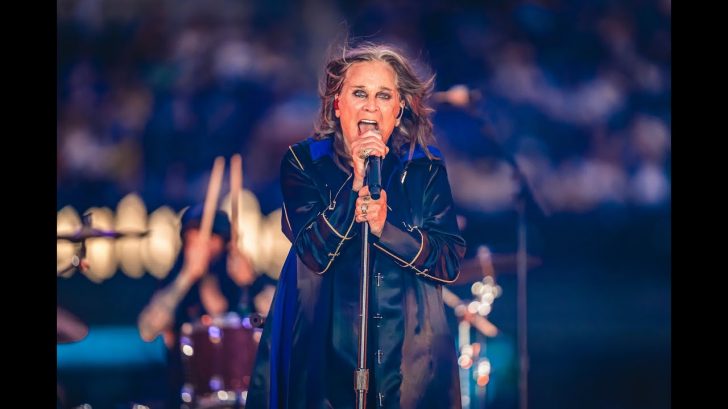 The Prince Of Darkness’s NFL performance was not shown on television, but Ozzy has finally gotten the video for all of humanity to enjoy.

Ozzy Osbourne’s most recent NFL season opener halftime spectacle, which featured the LA Rams and Buffalo Bills, has been made available on video. Only those in attendance at the game, which took place at the SoFi Stadium in Inglewood, California, at the time, got to watch the whole performance of the two songs.

Ozzy has secured the rights to release the performance video that was previously only accessible through fan-shot film; nevertheless, NBC only played a little snippet of it during the program.

Ozzy’s halftime performance began with the first single from his newest album, Patient Number 9, which is currently available, and ended with Crazy Train from his 1980 album Blizzard Of Ozz. Onstage with the Prince Of Darkness were guitarist Andrew Watt, bassist Chris Chaney of Jane’s Addiction, and drummer Tommy Clufetos, who had just replaced Tommy Lee on The Stadium Tour. Zakk Wylde, a veteran Ozzy guitarist, has also joined the Crazy Train lineup.