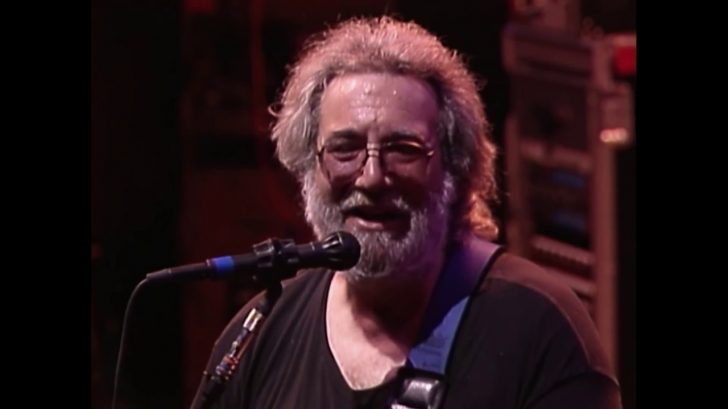 The Grateful Dead, an implosion of talent from the San Francisco area that pushed the limits of rock music and put a whole generation at its feet, making its concerts authentic pilgrimages through the different States of America, that of the called deadheads, an authentic community whose life revolved around the band’s concerts.

The film Forrest Gump -in turn taking up a scene from The Life of Bryan- played with satire to refer to that convening power, between the Christic and the prophetic, of the Grateful Dead.

But the truth is that such pilgrimages had solid foundations on which to build. Jerry Garcia’s talent on guitar, his capacity for continuous improvisation, was coupled with the poetry of Robert Hunter’s lyrics, the distinctive sound of Bob Weir’s rhythm guitar, the degree of knowledge and experimentation of bassist Phil Lesh and the indisputable mastery of Mickey Hart, more than a drummer, an investigator of the possibilities of percussion in all senses and who joined the other drummer, Bill Kreutzmann, on stage. The band used Ron McKernan’s keyboards from the beginning until his death in ’73, and was completed by the Godchaux, Keith and his wife Donna Jean who also sang.

Starting in 1965 and during the following decade, the Grateful Dead would forge an unrepeatable legend with their more than 2,300 concerts that lasted for hours and where enough food and drink were distributed to make the community experience bearable.

Jerry García together with Robert Hunter recorded tasteful pieces that transmit astral sensations and good feelings. Perhaps for this reason it is one of the leading groups when referring to the hippie movement that goes from 67 to 69, hitting the roof at the Woodstock festival.

In any case, you don’t have to be a hippie to appreciate the beauty of Grateful Dead songs, such as “Eyes of the World”, “Pride of Cucamonga”, “Casey Jones”, “Sugar Magnolia”, “Touch of Grey” and so many others.

“Uncle John’s Band”, a song that one doesn’t know if it’s by The Byrds, George Harrison or Dylan. Well no, it’s from Jerry Garcia and Robert Hunter, two angels lost on our beloved Earth ship. Hunter is still alive, but not Jerry García, who died in the summer of 1995. His songs were conceived from some interstellar space. And it was there that they rise on nights with a full moon.

According to Garcia, the inspiration of the song’s music was from Bulgarian folk music:

“At that time, I was listening to records of the Bulgarian Women’s Choir and also this Greek-Macedonian music,” Garcia recalls in the same 1991 interview, “and on one of those records, there was a little turn of melody that was so lovely. I thought, ‘Gee, if I could get this into a song, it would be so great.’ So, I stole it!”

While Hunter declined to explain the song’s inspiration, even though it was somewhat closed to point out at Jerry Garcia whose middle name was John, he would just want listeners to interpret the song on their own.

“I played it over and over [and] kept hearing the words ‘God damn, Uncle John’s mad’,” Hunter recalled in 1991. “It took a while for that to turn into ‘Come hear Uncle John’s Band,’ and that’s one of those little things where the sparkles start coming out of your eyes.”