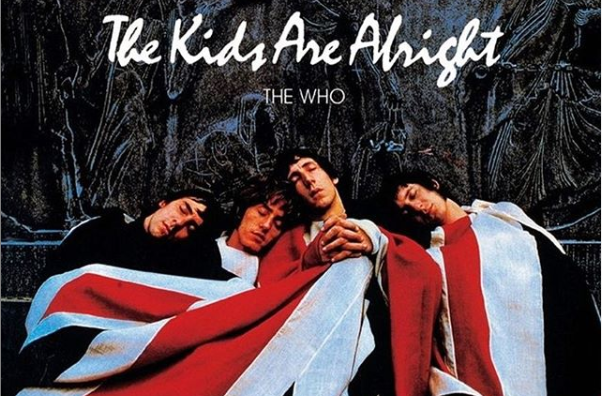 The Who are set to release deluxe double vinyl reissues of a pair of soundtrack albums, the 1979’s “The Kids Are Alright” and “Quadrophenia” on March 6.

“The Kids Are Alright” is the soundtrack from the band’s classic documentary film of the same name which featured the famous 1967 Smothers Brothers TV show version of the band’s “My Generation” showcasing Keith Moon’s exploding drumset finale.

The album features the rare live versions of “I Can’t Explain”, “I Can See For Miles”, “Baba O’Riley”, and many others. It also includes three performances from Woodstock, classic 1960s TV performances of “Magic Bus” and “Anyway, Anyhow, Anywhere” and the definitive performance of “A Quick One, While He’s Away” as played at “The Rolling Stones” Rock & Roll Circus.

The deluxe reissue of “Quadrophenia” features the soundtrack from the 1979 film, which was adapted by director Franc Roddam from The Who’s 1973 rock opera.

It includes 13 tracks, such as “5:15”, “Love Reign O’er Me”, “Bell Boy” and others, with several re-recorded and remixed exclusively for the soundtrack.

The deluxe also delivers 3 tracks that were not featured on the band’s original 1973 album “Get Out And Stay Out”, “Four Faces” and “Joker James” and the tracks from the 60s mod era by James Brown, Booker T & The MGs, The Ronettes, and several others.

Last December, the band just debuted their latest album called “Who” and peaked in the UK at No. 5.