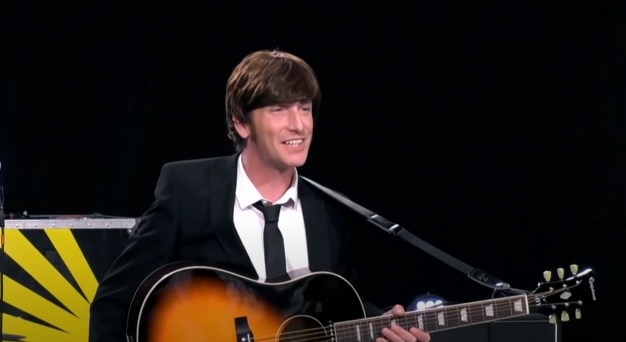 Imagine being able to travel back in time on a Magical Mystery Tour to hear The Beatles again, especially John Lennon.

The Upbeat Beatles, one of the most popular Beatles tribute bands of all time, was searching for a new John Lennon. It’s a full-time position that requires musical ability, theatrical charisma, and a genuine Liverpudlian accent.

Gaz Keenan, who looks and sounds like John Lennon, leads the band. In October 2018, Gaz starred in an ITV reality show called The Big Audition, in which he competed to be the perfect John Lennon during auditions.

This show comes highly recommended from.  Gaz and his group are outstanding. It takes you back to the old days of John Lennon, when he was still making remarkable songs. Gaz has an uncanny resemblance to John, and he also looks the part. His musicians are of the highest caliber. Please attend this tribute show if you have the opportunity. You will not be sorry.