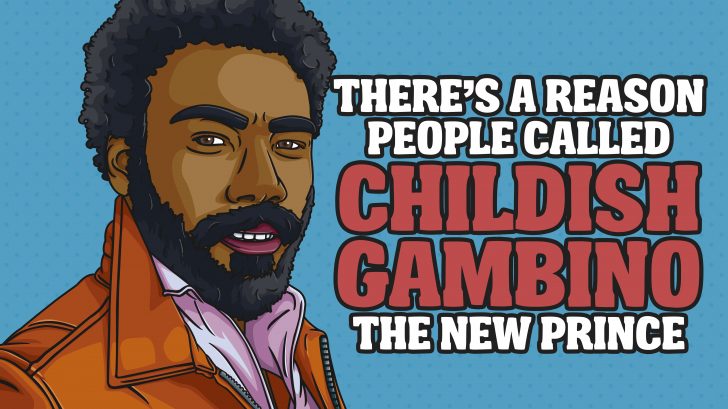 Childish Gabino, a.k.a Donald Glover, known as an actor, comedian, and a writer on 30 Rock, no one ever knew that he would emerge as a great musician as well. He took hiatus from comedy to start a new path – MUSIC.

One example of his musical talent is This Is America, a music video he made, and certainly, was brilliant which can be concluded as a career-defining moment.

“This is one of the great performers in modern America,” says TV host Touré, “He’s showing a really interesting ability to do soul music, television, movies, comedy, and drama and to make art that has political substance, but not so much that it becomes propagandist or preachy.”

Awaken, My Love! An album that found Childish Gambino reminiscent of Prince at his most soulful. Lyrics were wise, closest to Prince, you can see the influence especially the soulfulness.

“He always had technique and talent and was always clearly a good rapper,” says Touré. “But it was this funny kind of jokey hip-hop. To see him develop into a very soulful, Parliament-style sort of R&B artist, it’s extraordinary.”

Does Childish Gambino deserve to be called the new Prince?

Well, yes, he’s as much as a virtuoso multi-instrumentalist who’s always ready to show what he’s capable. People can call him what they want, but for most of us, he took the influence from Prince but emerges as an all-time musician who’s just starting to show greatness to the world. NO! He’s not Prince, he is Donald Glover, a man who can do amazing things, be it as a comedian, writer, actor, and of course, a musician – who can drop a truly wonderful album on short notice.

Prince or Not, the influence is there and we can see that even in modern music, the classics never die.