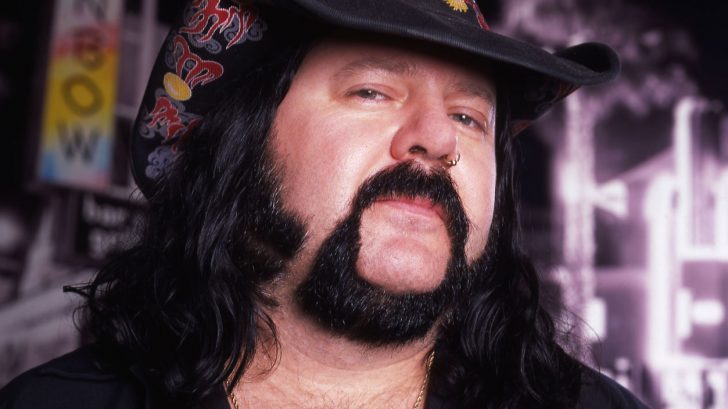 Vinnie Paul will be laid to rest this Saturday in his native Texas, buried between his mother, Carolyn Abbott, and big brother Dimebag Darrell Abbott. His funeral is slated to be a private affair for family and close friends, but for fans looking to pay their last respects, there’s a public memorial planned for the following day.

Looking at the invitation to Vinnie’s celebration of life, everything looks normal; Sunday, July 1st at The Bomb Factory in Dallas. Wristbands will be handed out at noon, and the actual memorial begins at 3:33pm.

LINE FOR WRISTBANDS BEGINS AT
12 NOON ON SUNDAY
NO ADVANCE TICKETS, LINES OR LISTS pic.twitter.com/Pm7spDyA19

Nope. That’s not a typo or a slip of the finger you’re seeing, that’s the actual time of Vinnie Paul’s celebration of life. His funeral Saturday afternoon will also start at 3:33pm on the dot.

But why? Why didn’t his family and friends just round things up or down?

Simple: the number 3 holds serious significance for the Abbott family.

In a 2006 interview with Vinnie Paul, the 54-year-old drummer revealed that since brother Dimebag Darrell’s violent death in 2004, he’d been seeing the number 3 – Dime’s favorite number – everywhere he went.

Paul, who typically wasn’t a huge believer in the supernatural, believed that this was Dime’s way of reminding him that he was never far away.

Happy birthday DIME!!! I miss and love you!!! Thank you for the inspiration to carry on!!!

“That’s the closest I can say to any kind of supernatural thing … every time, I’m just like, ‘That’s him reminding us he’s still around’.”

As the Abbott family prepares to say goodbye to yet another son, the decision to start both Vinnie Paul’s funeral and memorial service at 3:33pm is their way of celebrating the fact that as heartbroken as they are, Vinnie and Dime are together and with their mama again, but they’ll never be too far away from the people who loved them most.

If you’re in the Dallas area and want to pay your last respects to Vinnie Paul Abbott, be sure to arrive at The Bomb Factory at 2713 Canton St Deep Ellum, Dallas, TX 75226 by 12pm in order to receive your wristband into the event, which begins at 3:33pm on the dot. There will be no wristbands, VIP lines or guest lists for Vinnie’s memorial, so plan on being there a little early Saturday morning to make sure you get your wristband.